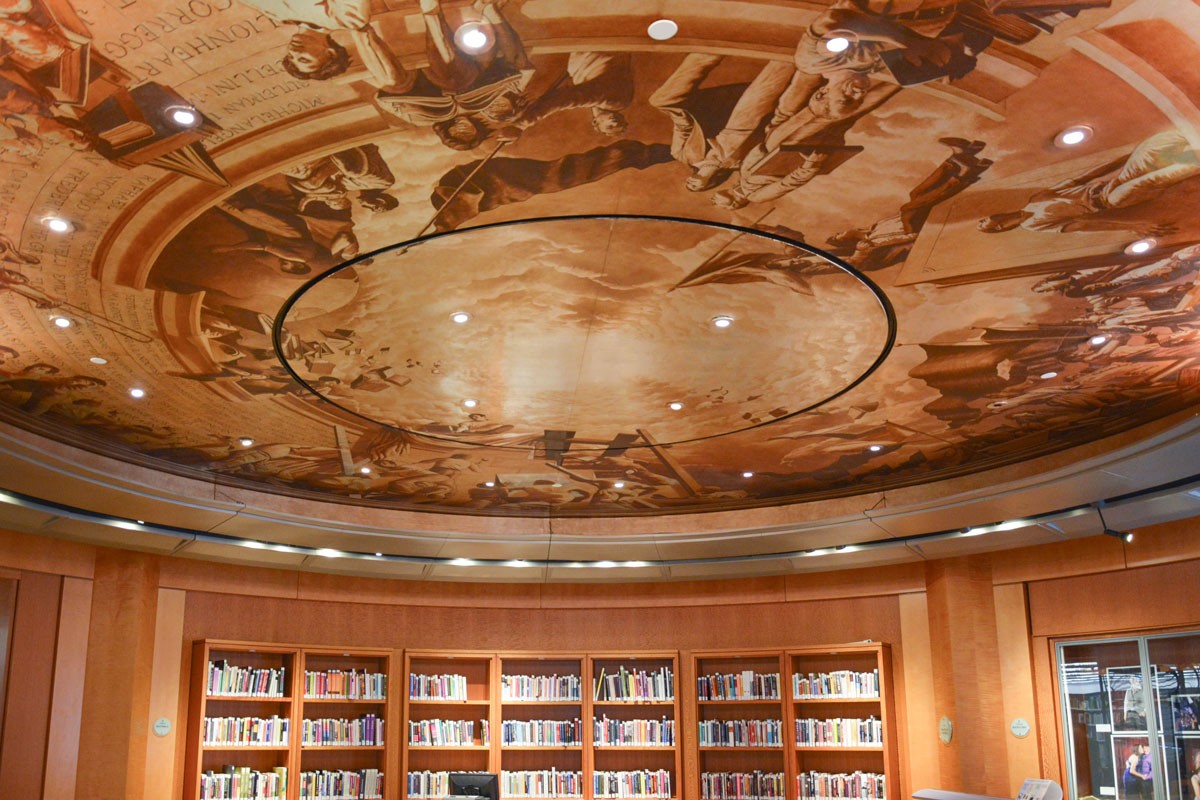 Seen from the vantage point of 1996, when the mural was installed on the ceiling of the James Hormel Gay and Lesbian Center in the San Francisco Public Library’s new main building, “Into the Light” made a forcefully optimistic call to action. Seen two decades later, after a series of rapid civil rights wins for the gay and lesbian Americans, the mural by San Francisco artists Mark Evans and Charley Brown assumes as well a powerful note of triumph and celebration, prompting visitors to reflect on the nature of progress, and, perhaps, the roles art and literature play.

“Nothing else quite like [the Hormel center] has ever been built,” the New York Times reported in 1996, “A permanent research center devoted to gay and lesbian culture, incorporated in a major municipal institution from the outset.” The center’s sponsors raised at least $2.8 million to fund the center, including a gift from philanthropist James Hormel, for whom it’s named. Hormel is depicted in the mural, though most other figures are allegorical.

The mural was painted with a process rarely if ever used in this country. Working on a half-circle at a time, Evans & Brown covered the canvas with a mix of marble dust and polymers to create a smooth, plaster-like surface, then hired specialists to apply the silver leaf (really aluminum). Then, the design was projected onto the surface and sketched in place. Charley did most of the painting, a painstaking process that involves applying thick, viscous brown paint to the silver and then wiping some or most of it off, depending on the depth of color desired. The detail is so fine that Q-tips proved the most effective tool.
“It’s like painting with molasses,” Mark explained to the San Francisco Examiner.

The mural literally depicts the emergence from a heritage of darkness and ignorance into the light of freedom and knowledge. Books tumble from the heavens. The names of gay and lesbian writers, artists and philosophers through the ages are inscribed around the periphery; for a full list see the library’s website. The wall is depicted as still under construction, “an obvious allegory of the unending building our community has to do,” Mark says. 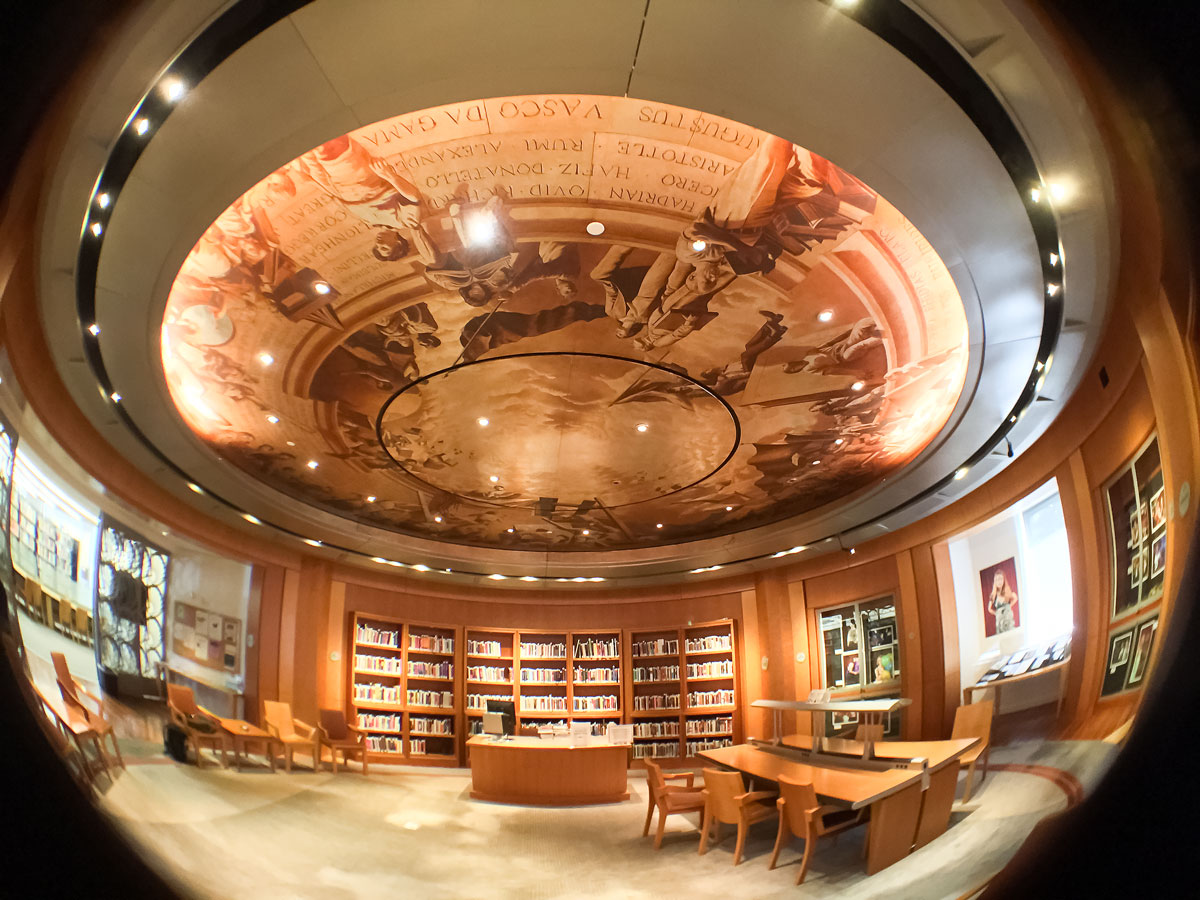 “Into the Light” at San Francisco’s Public Library 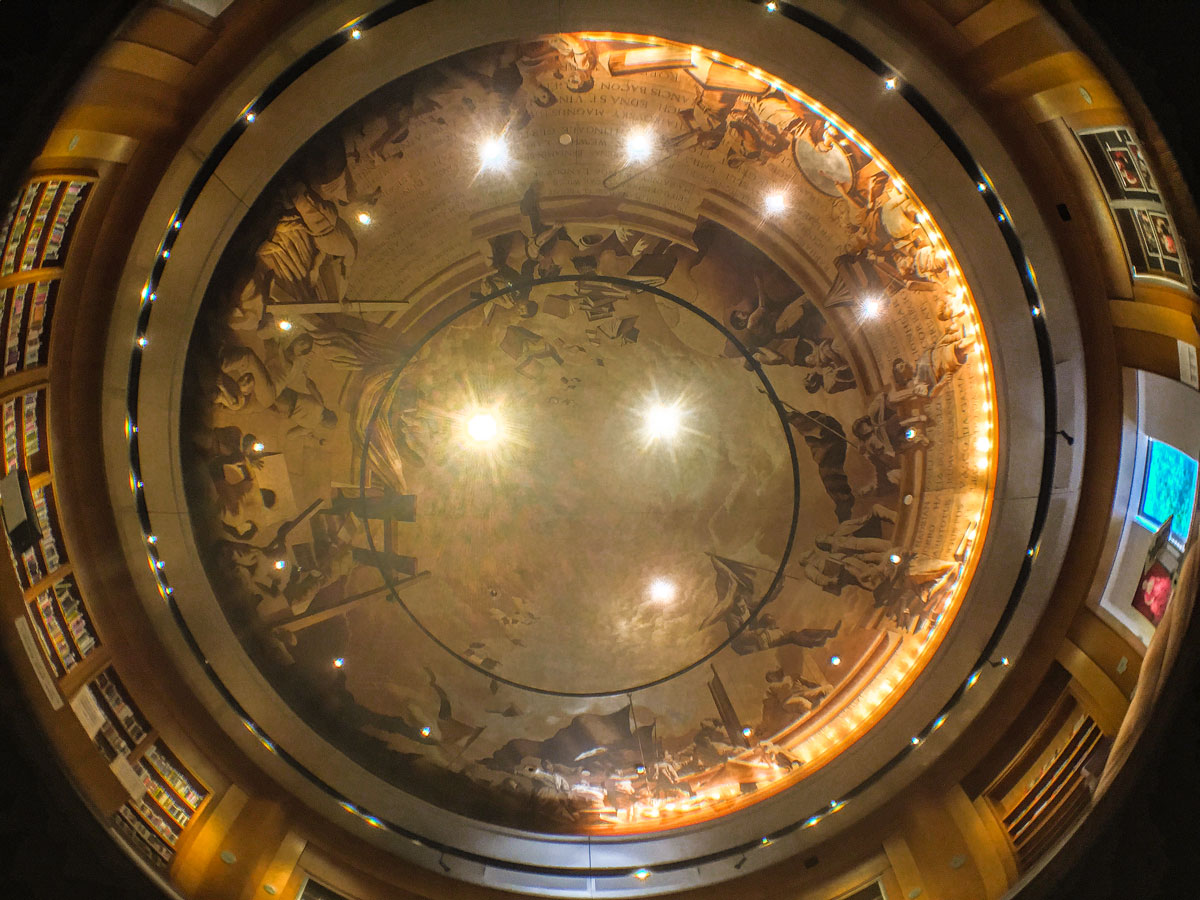 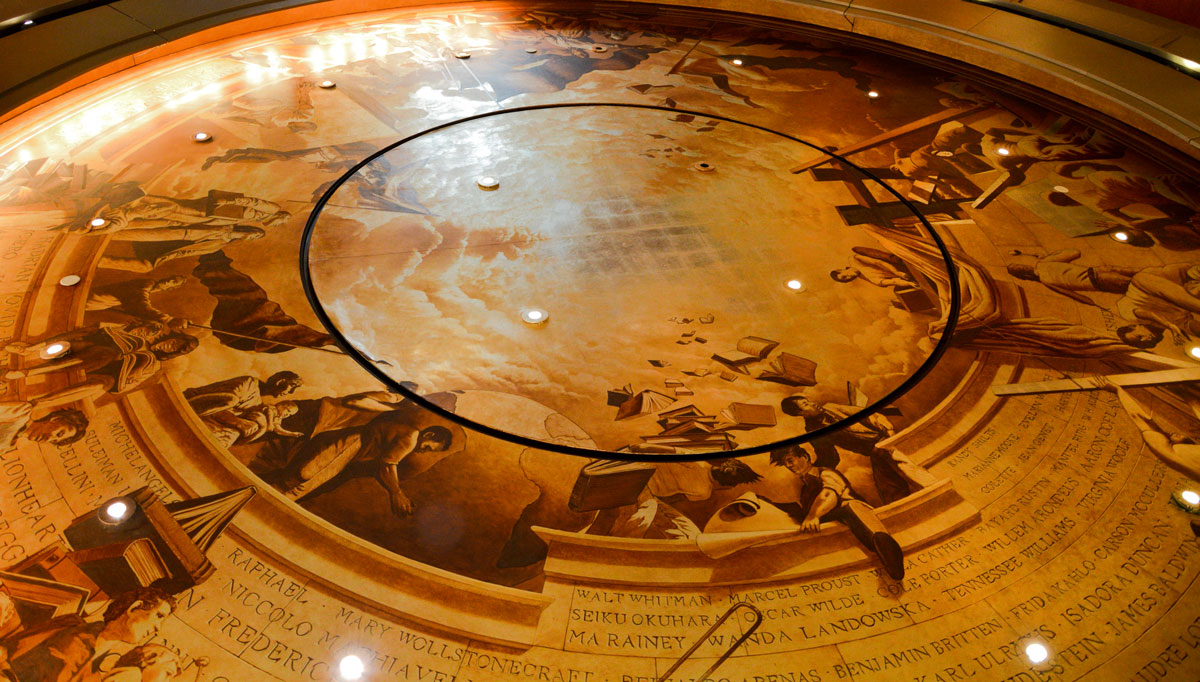 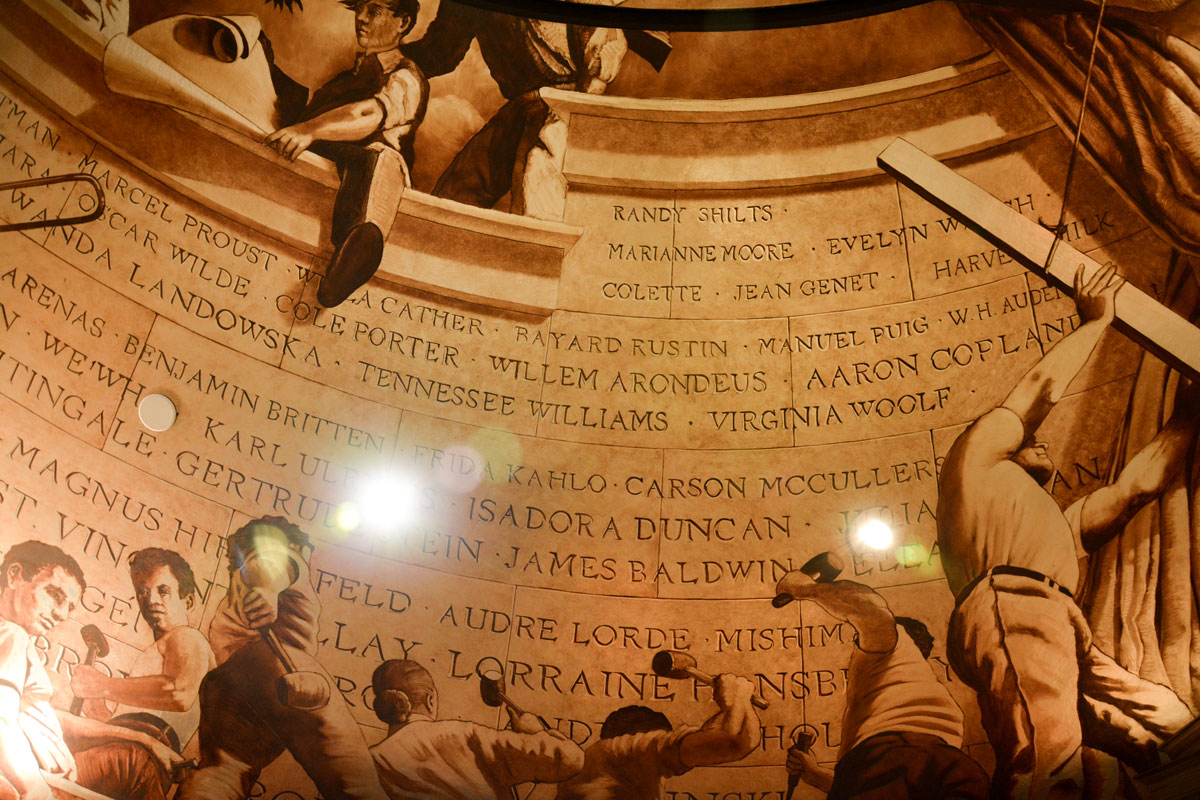 Writers, artists, philosophers through the ages 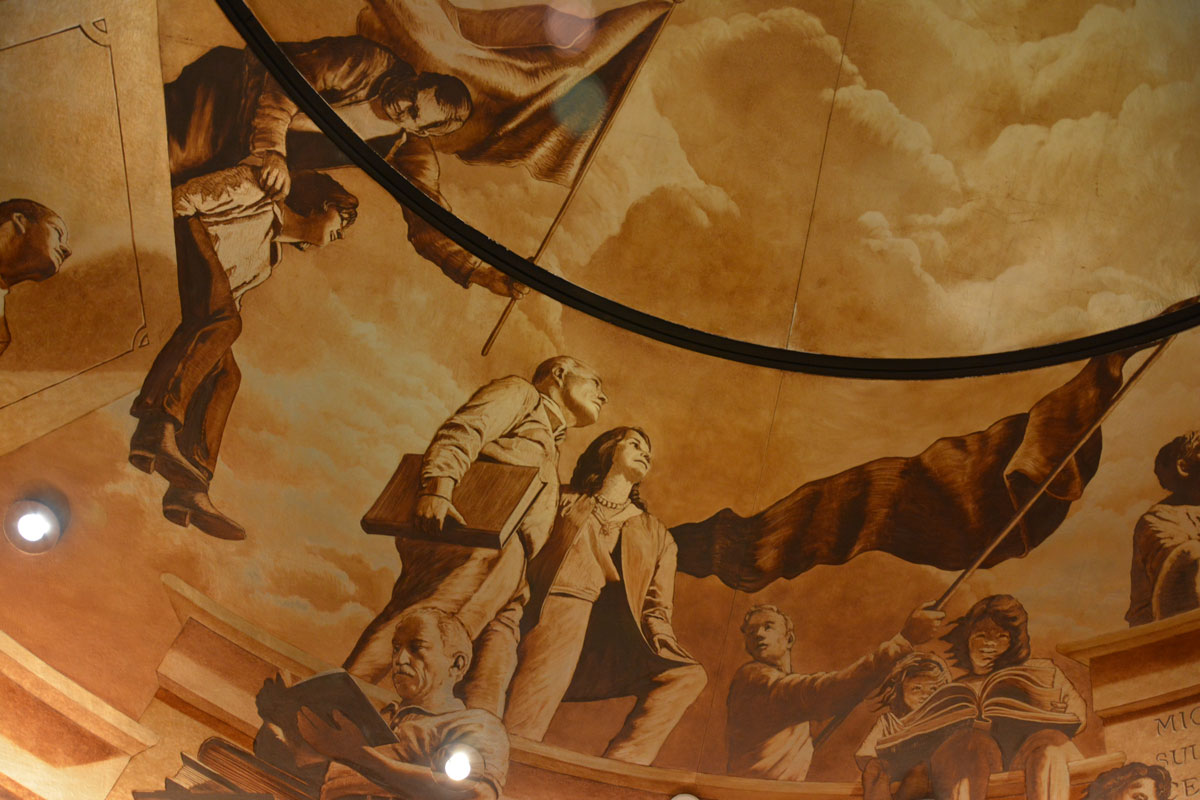 The main donors are the only real portraits 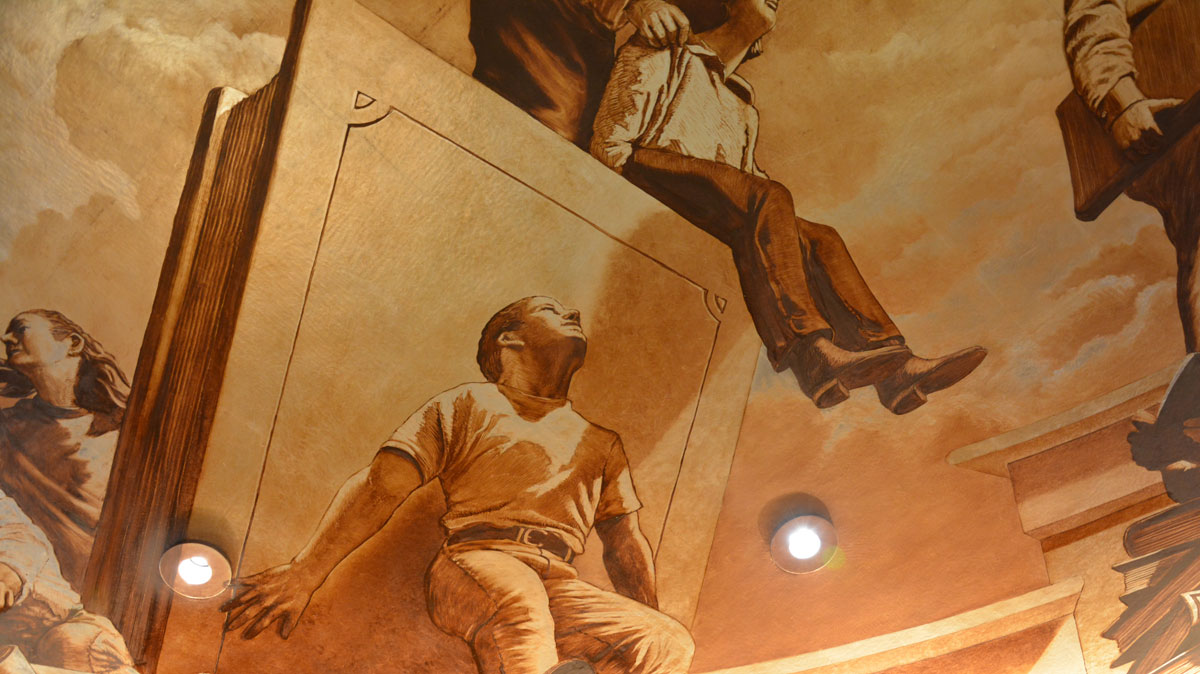 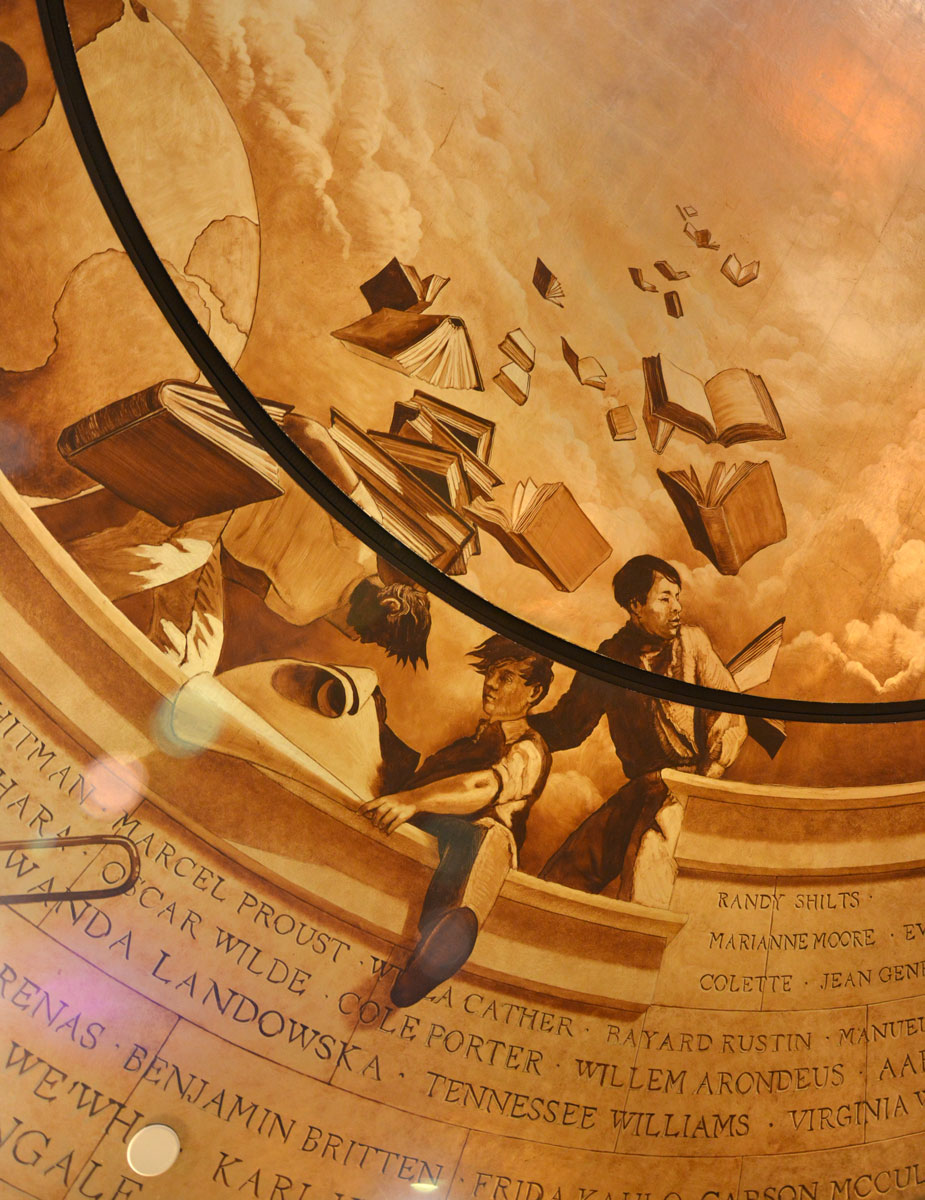 The glory of literature 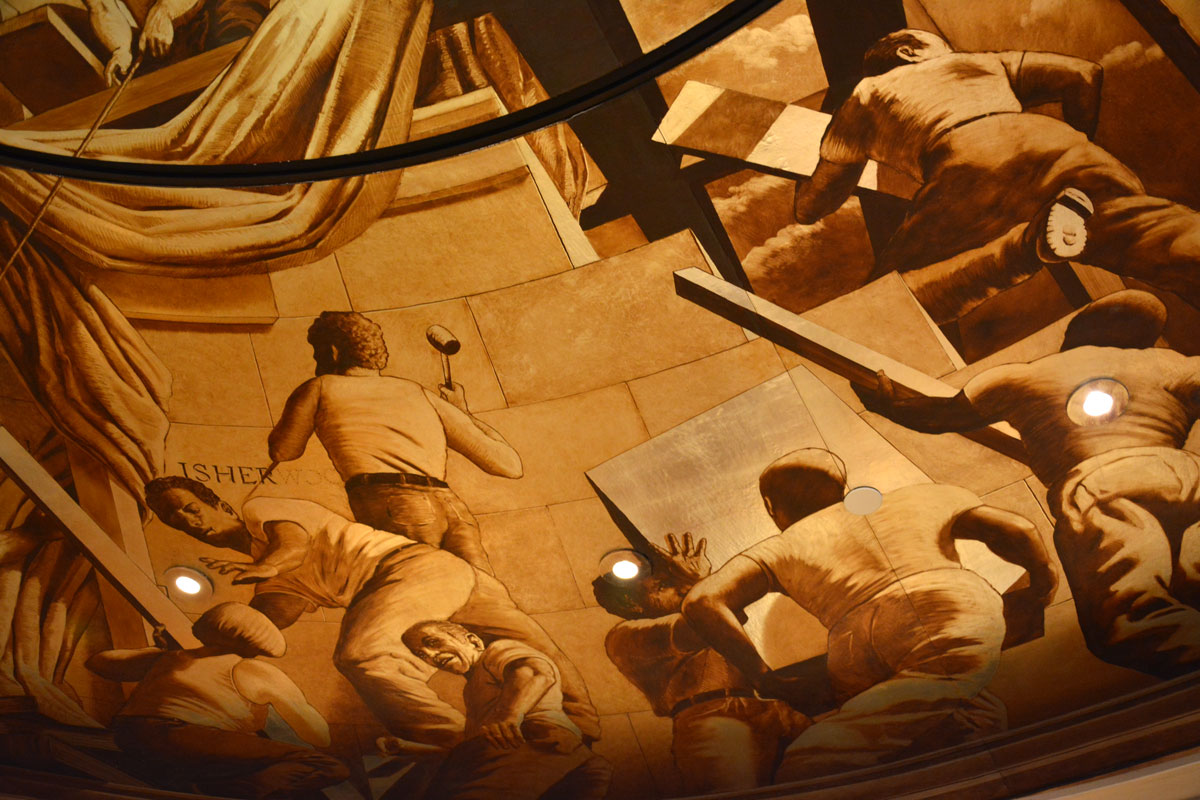 The work is never done, metaphorically 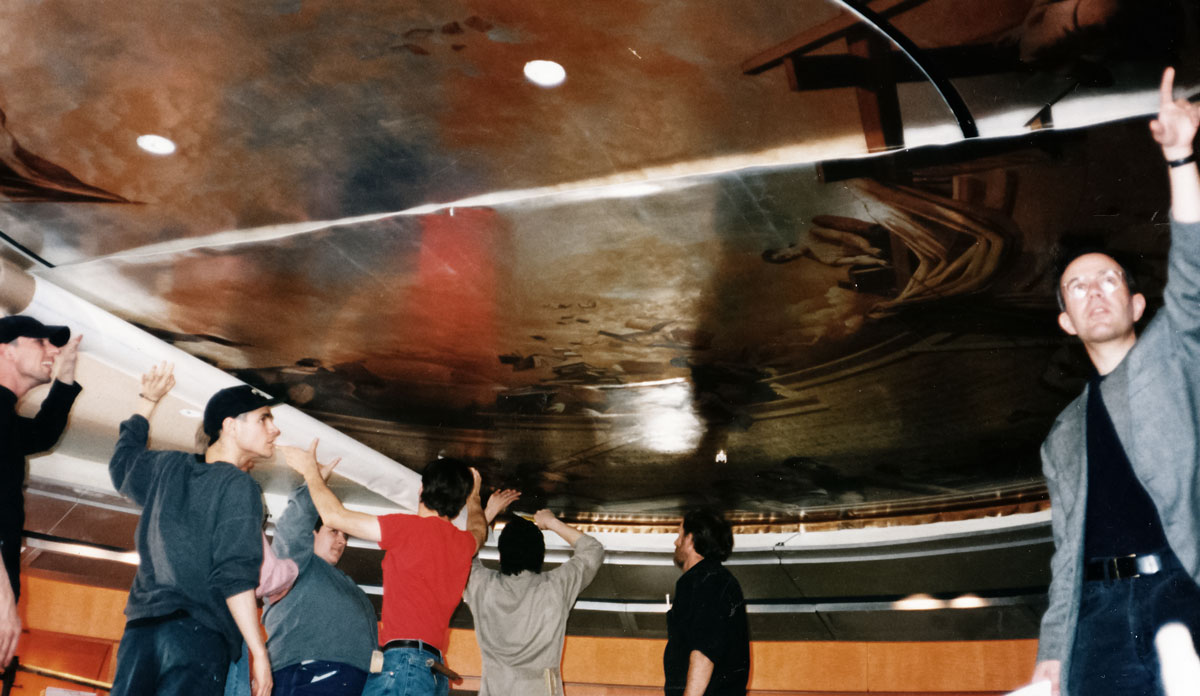 Installing the murals, which were painted in two halves 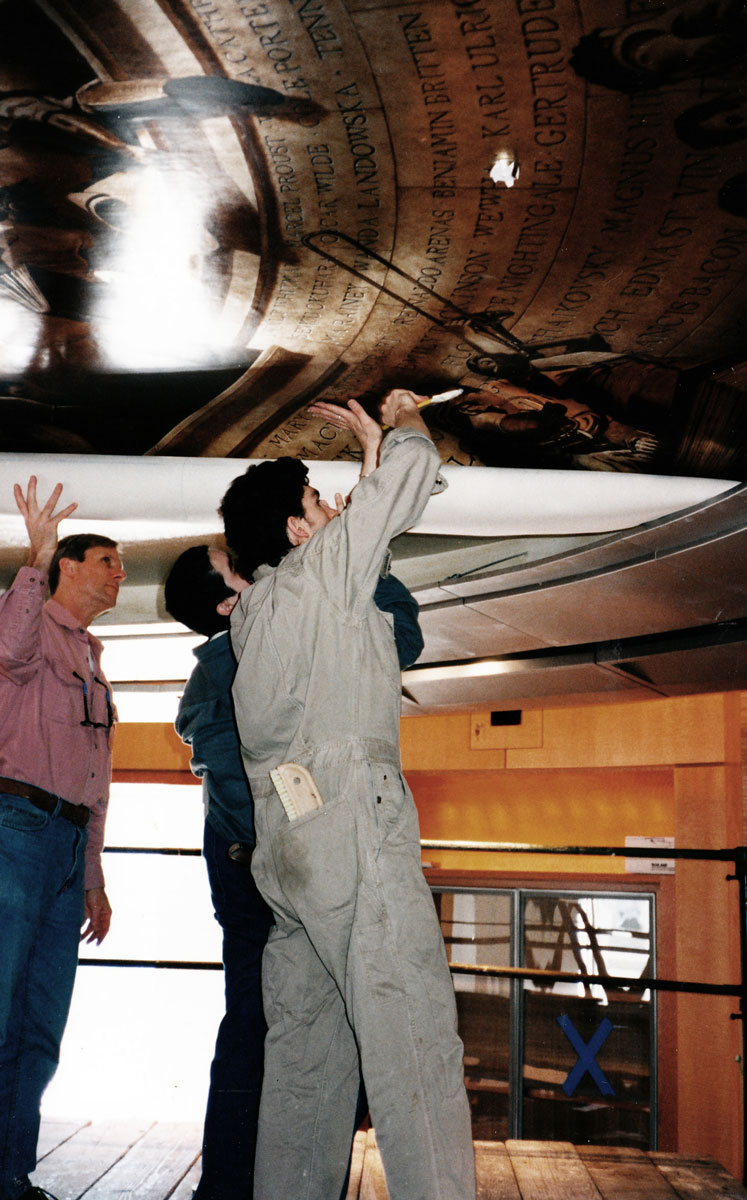