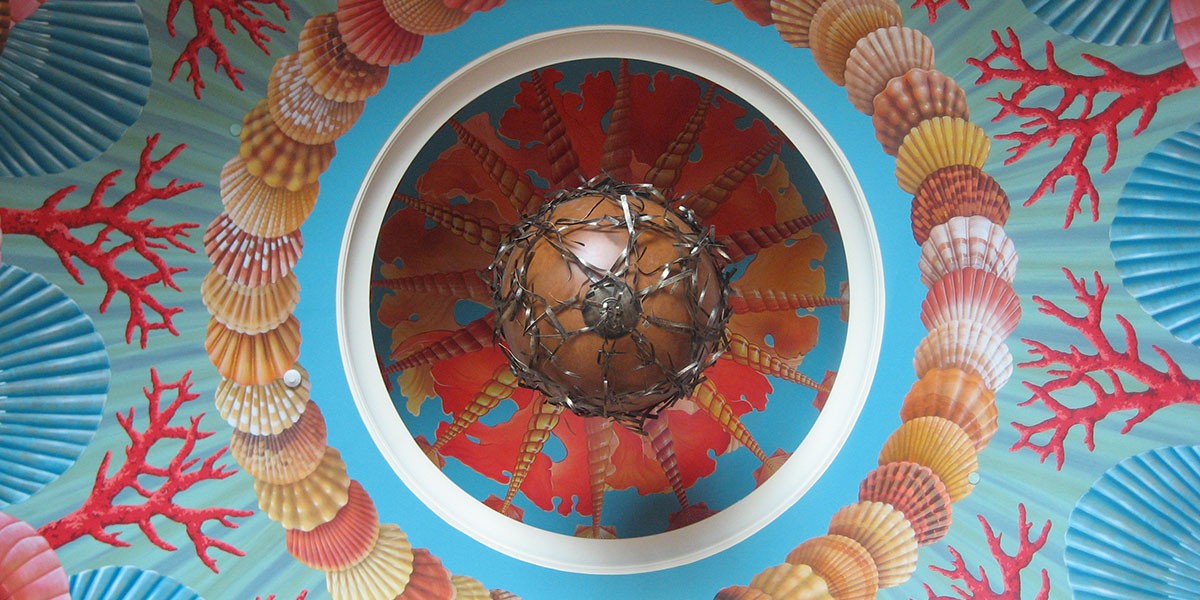 Even by the standards of the world’s megaresorts, Atlantis the Palm Resort in Dubai is outsize: 114 acres, 42 acres of water park, 23 restaurants, a three-million gallon aquarium, more than 1,500 rooms. And hundreds of artworks created by San Francisco mural artists Mark Evans and Charley Brown. For the $700,000 project, Evans & Brown created panels for seven domed ceilings, some up to fifty feet across, along with a myriad of other imagery for the massive hotel’s art-filled public spaces. The project “was like juggling plates on several poles,” Charley told Reuters.

Mark explains the design to the San Francisco Chronicle as “Versace on steroids.” In keeping with Islamic traditions, the artists avoided painting living figures, choosing such motifs as jewelry, or sea shells, following the hotel’s overall theme.

This commission was one instance where digital tools came in handy. “Things always start out with drawings by hand,” Charley says. But in this case the motifs were repeated in patterns and then painted on the murals, which were made in studios in San Francisco, rolled up and shipped off to Dubai for installation and finishing touches.

Digital is one more paintbrush for the artists. “We always want to have a hand in the work,” Mark says. “If it’s a painting we want it to look like a painting – we want it to have the imperfections of a hand-wrought object. It’s either that or you live in this chilly world of pixels. That may be fine for some but it’s not for us.” 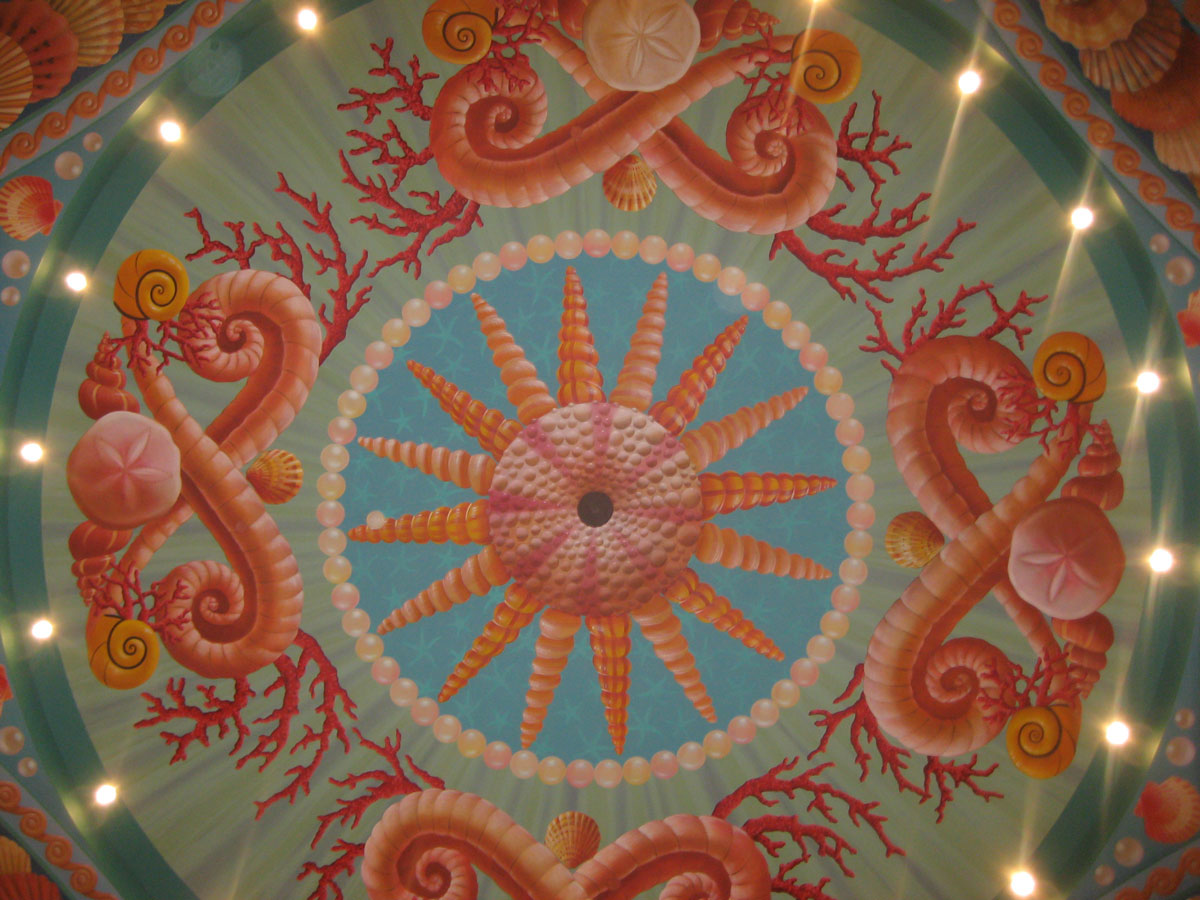 “The Garden of the Sea” dome 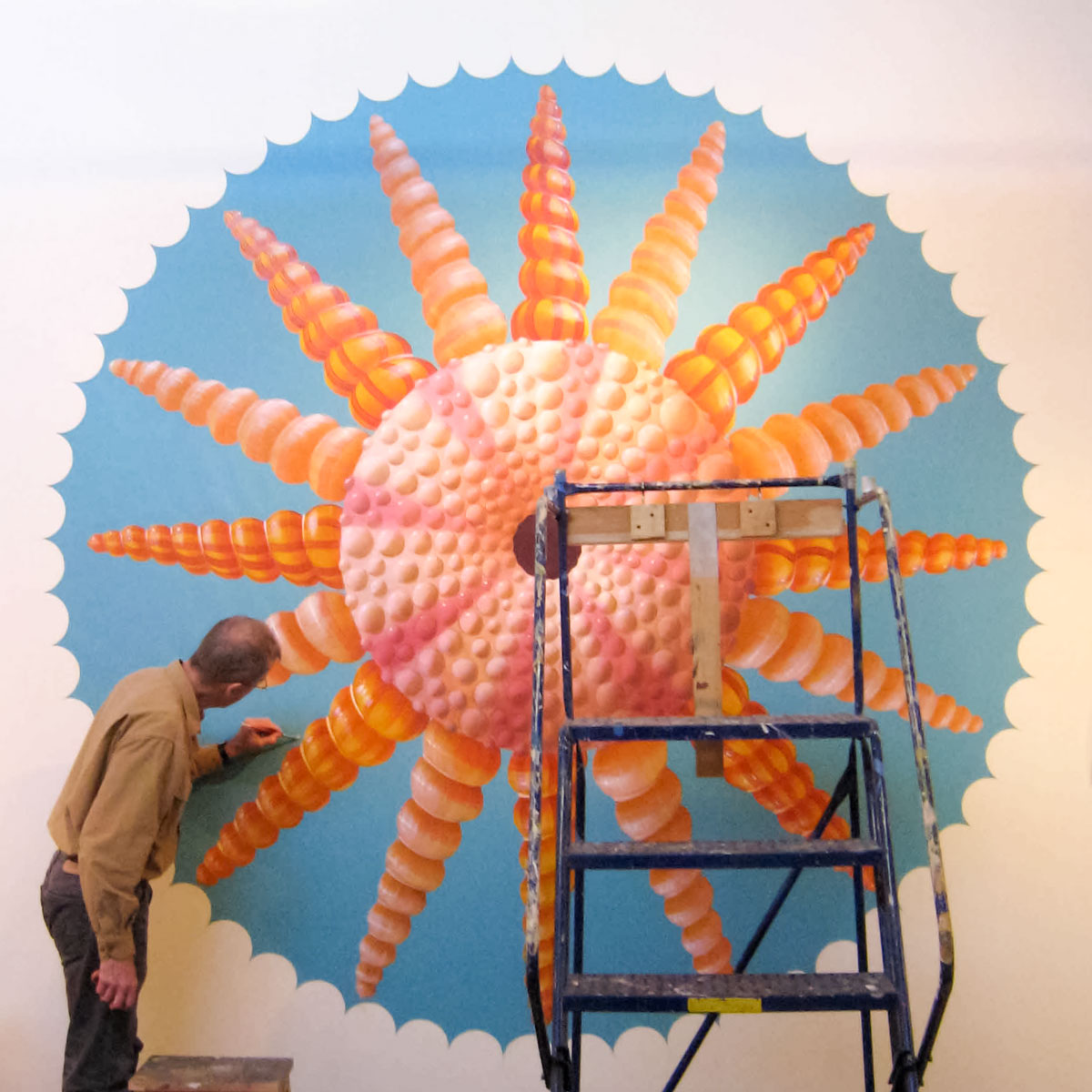 At work on the Atlantis 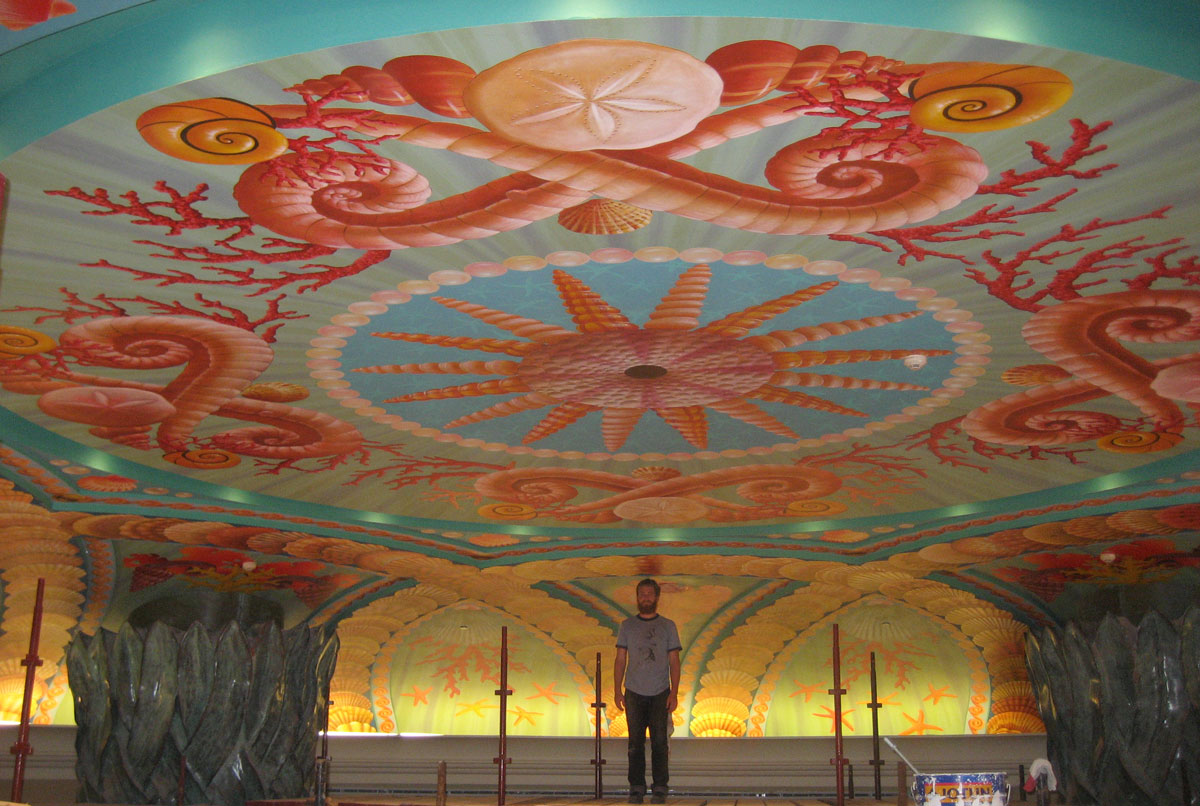 After installation, a vast expanse

The artists use digital tools, but they have a hand in everything they do 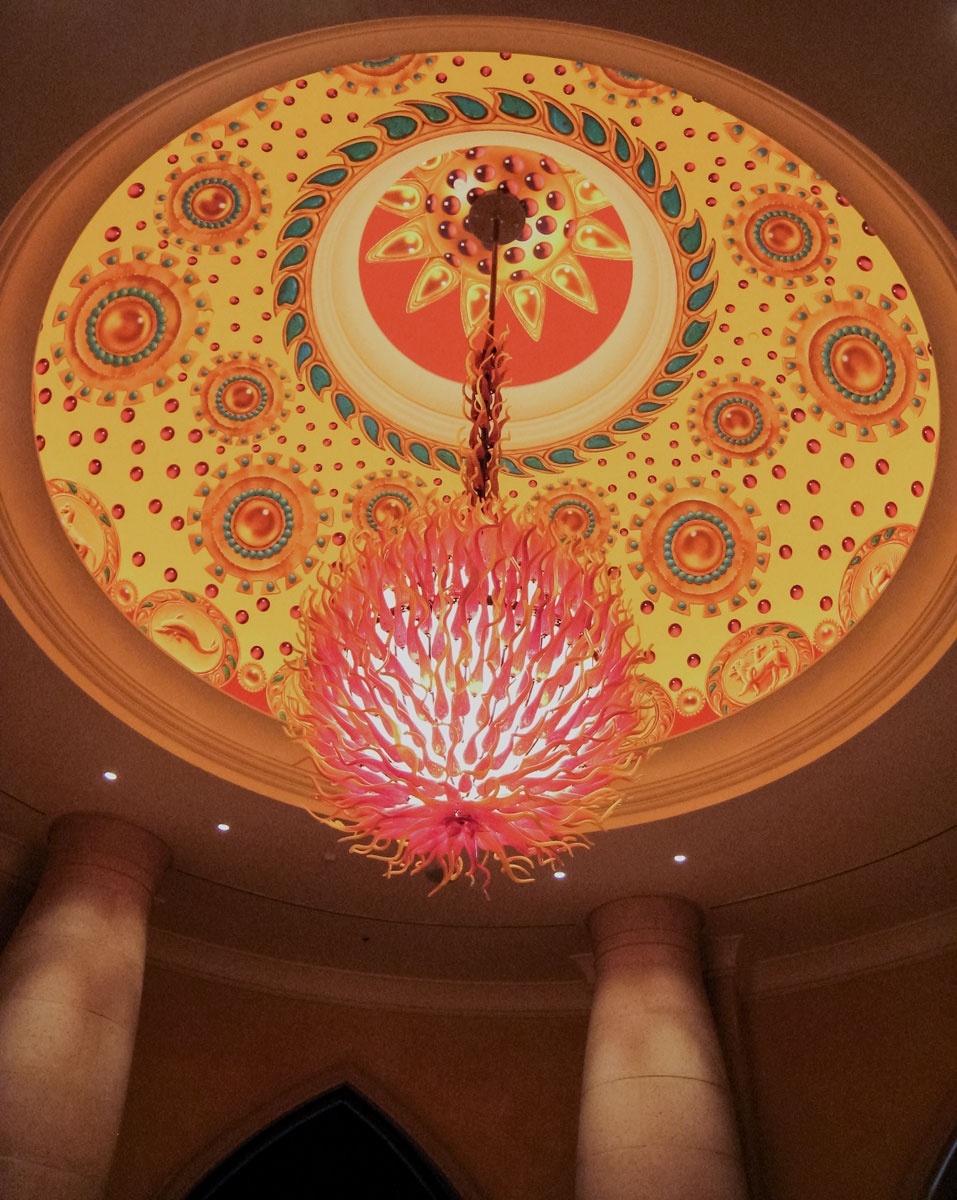 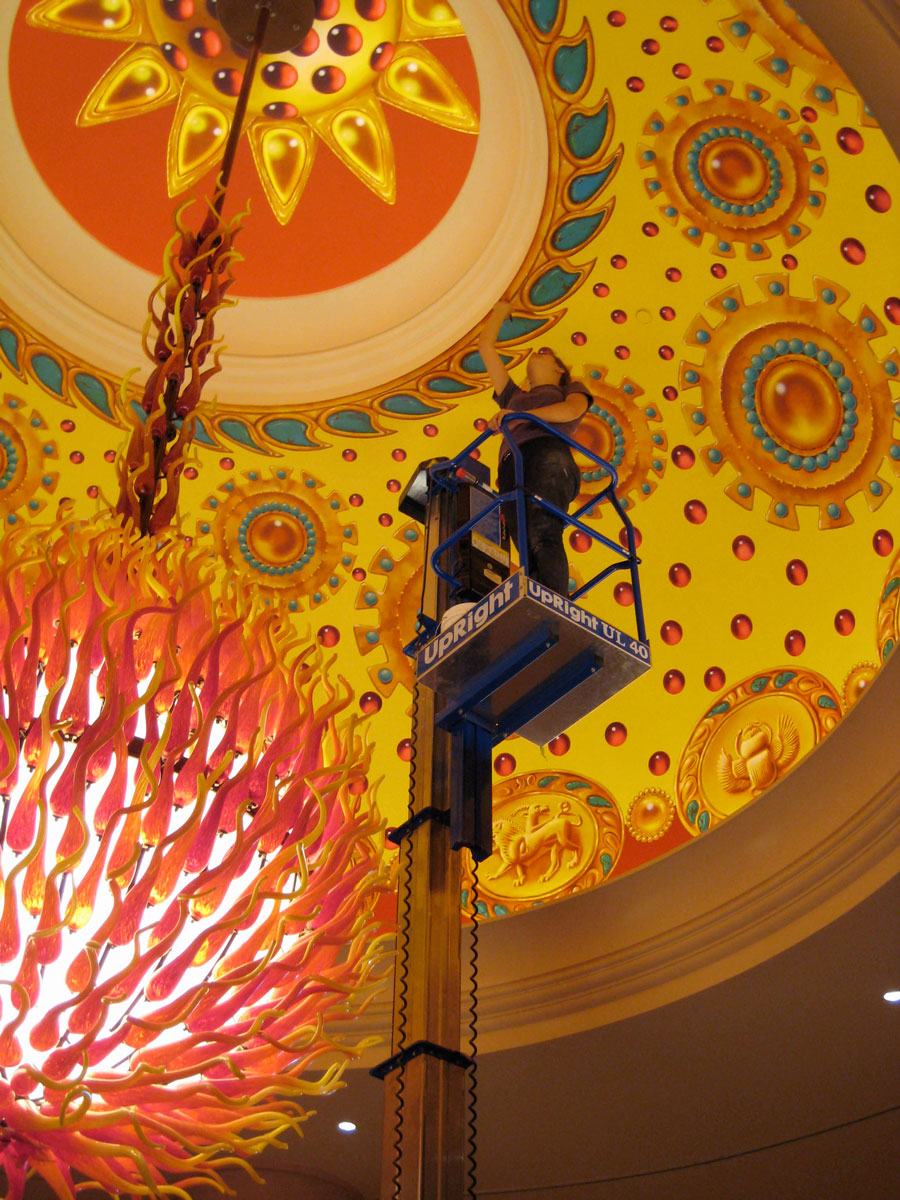 At work in San Francisco 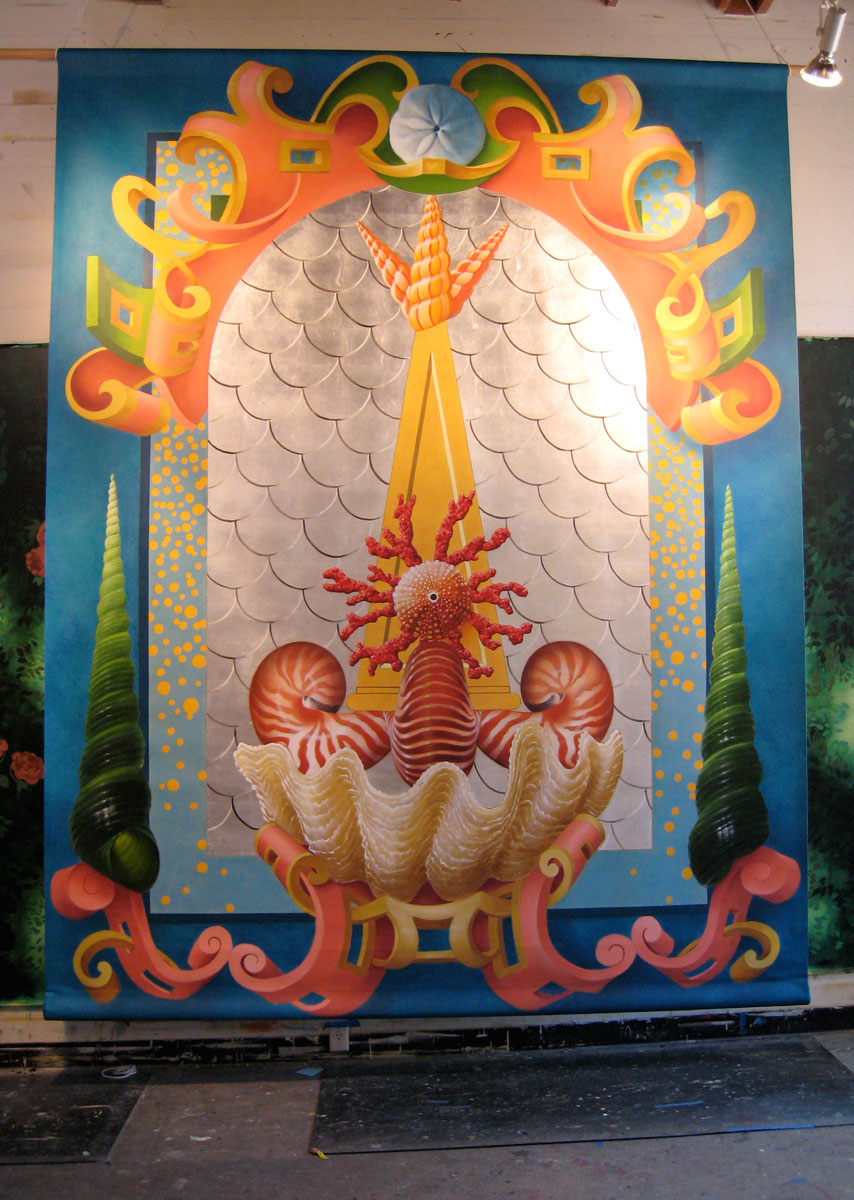 Detail of a lobby hanging 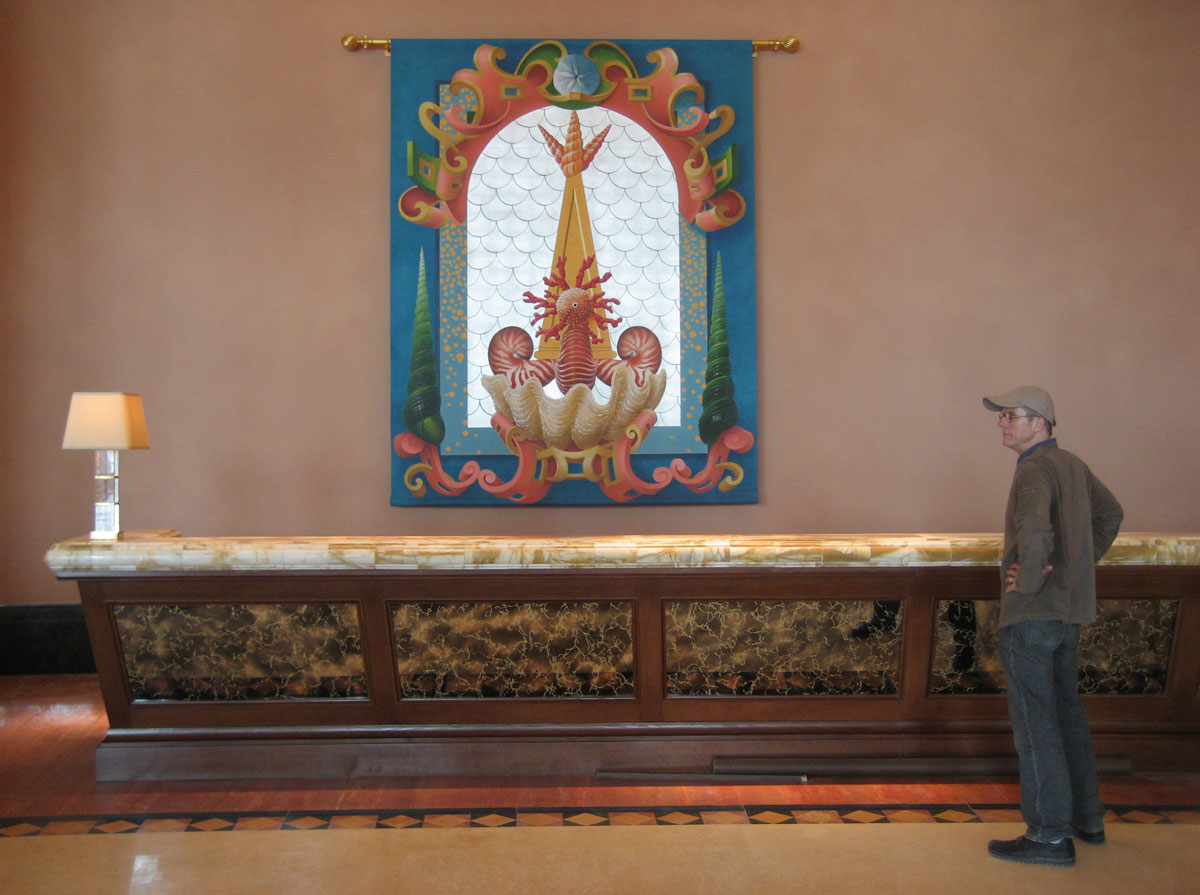 Dome of the “Tower of the Moon” 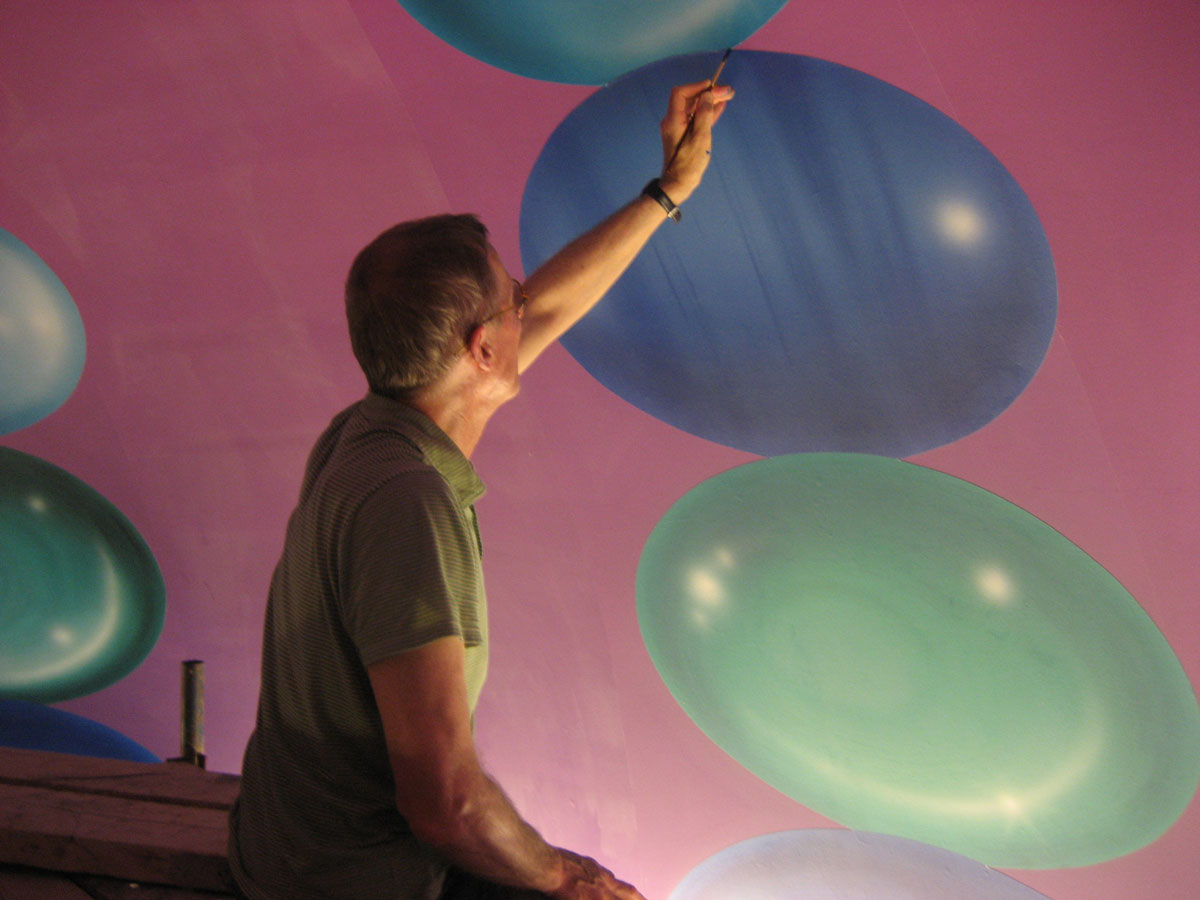