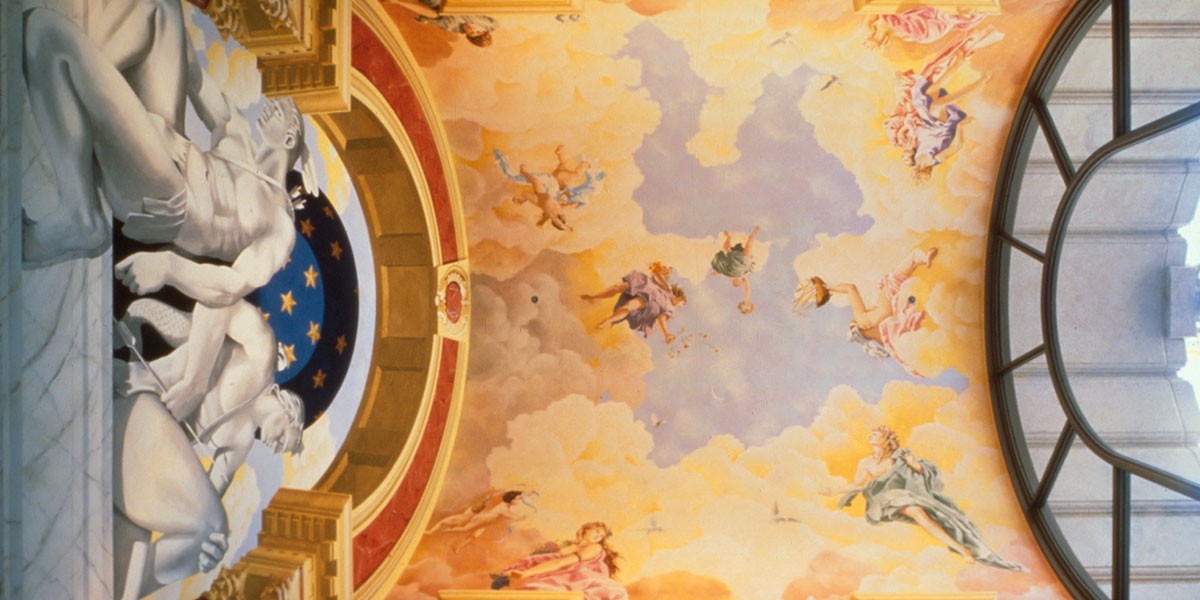 The earliest significant commission for mural artists Mark Evans and Charley Brown is in a downtown San Francsico landmark. Work on the Monadnock Building started before the 1906 earthquake. Its owner wanted to bring it fashionably up to date in the 1980’s. Mark and Charley were already getting known for interior decorative work in San Francisco residences, and welcomed the chance to work at a grander scale. “We proposed that since the building was in a Renaissance Revival style, let’s do it that way,” Charley says. “The developer loved the idea.”

In the Renaissance patrons treated artists much like any tradesmen, issuing very specific orders for subject matter. Mark and Charley embraced this tradition with enthusiasm, decorating the lobby’s barrel vault with Tiepolo-like murals depicting well-known locals in period costume. They include Harvey Milk, Isadora Duncan and Lotta Crabtree, a popular actress during the Gold Rush who in 1875 had donated to the city the fountain still standing across Market Street. Two children peak from behind a column. In a nod to Renaissance traditions of patronage, they happen to be the children of Don Baker, the developer who commissioned the mural.

A ten-story trompe l’oeil mural on the walls of the exterior courtyard adds evocative beaux-arts architectural detailing to blank walls. 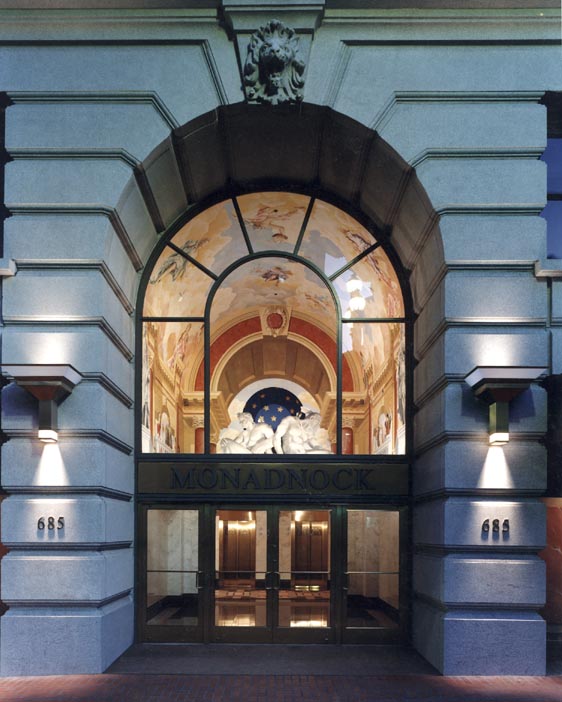 Street view of the barrel-vaulted foyer 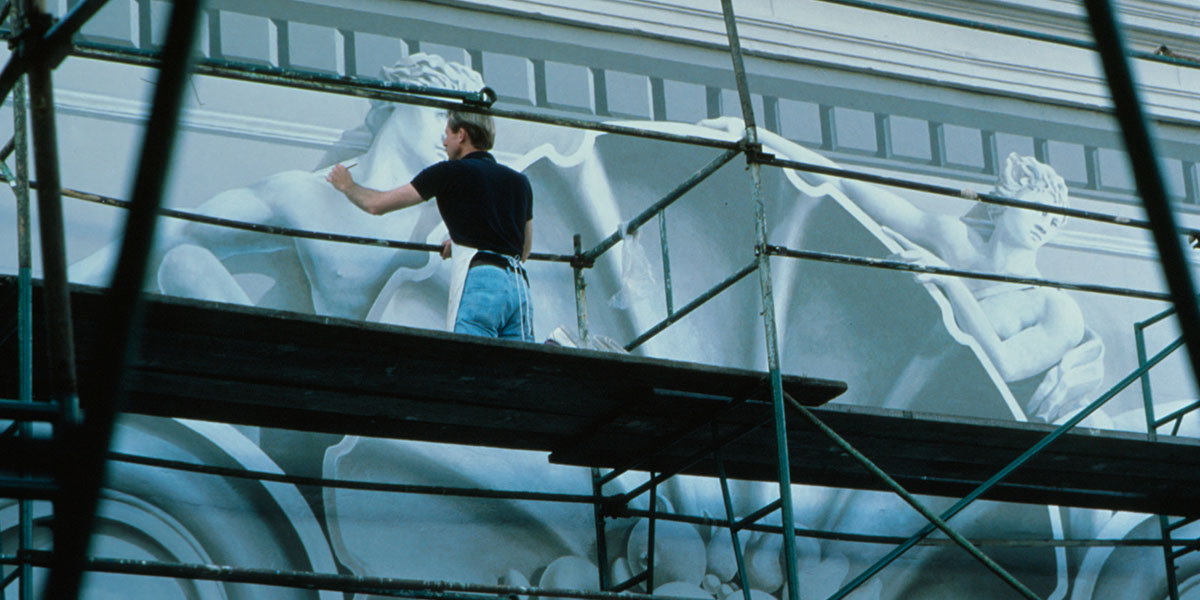 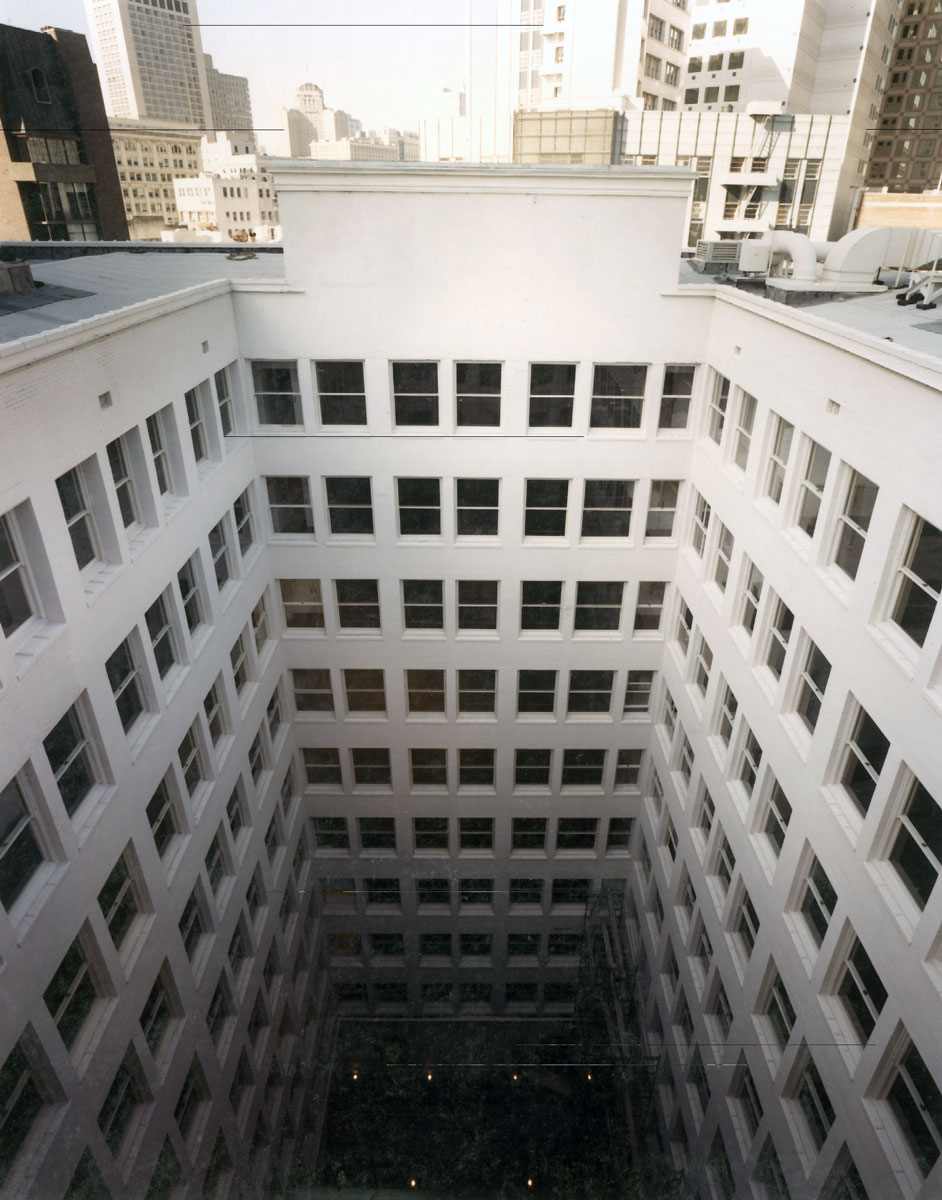