Mural artists Mark Evans and Charley Brown delight in adapting their talents to a wide range of genres.  A series of Hawaiian murals embrace island traditions. At Maui’s Grand Wailea Hotel, a series of murals for function rooms depicting Hawaiian myths were painted to give the illusion of lacquer bas-relief in a 20th-century art deco style. Work for a hotel in Kauai takes a similar approach.

A large mural for the Four Seasons Maui Resort features traditional textile motifs of quilt designs and cloth made from kapa, the bark cloth that was the mainstay textile of the islands before contact with Western societies. For the exclusive Nanea Golf Club on the slopes of the Big Island’s Mauna Kea volcano, Evans & Brown created a 38-foot long mural based on a kapa design by a local artist, Pua Van Dorpe. 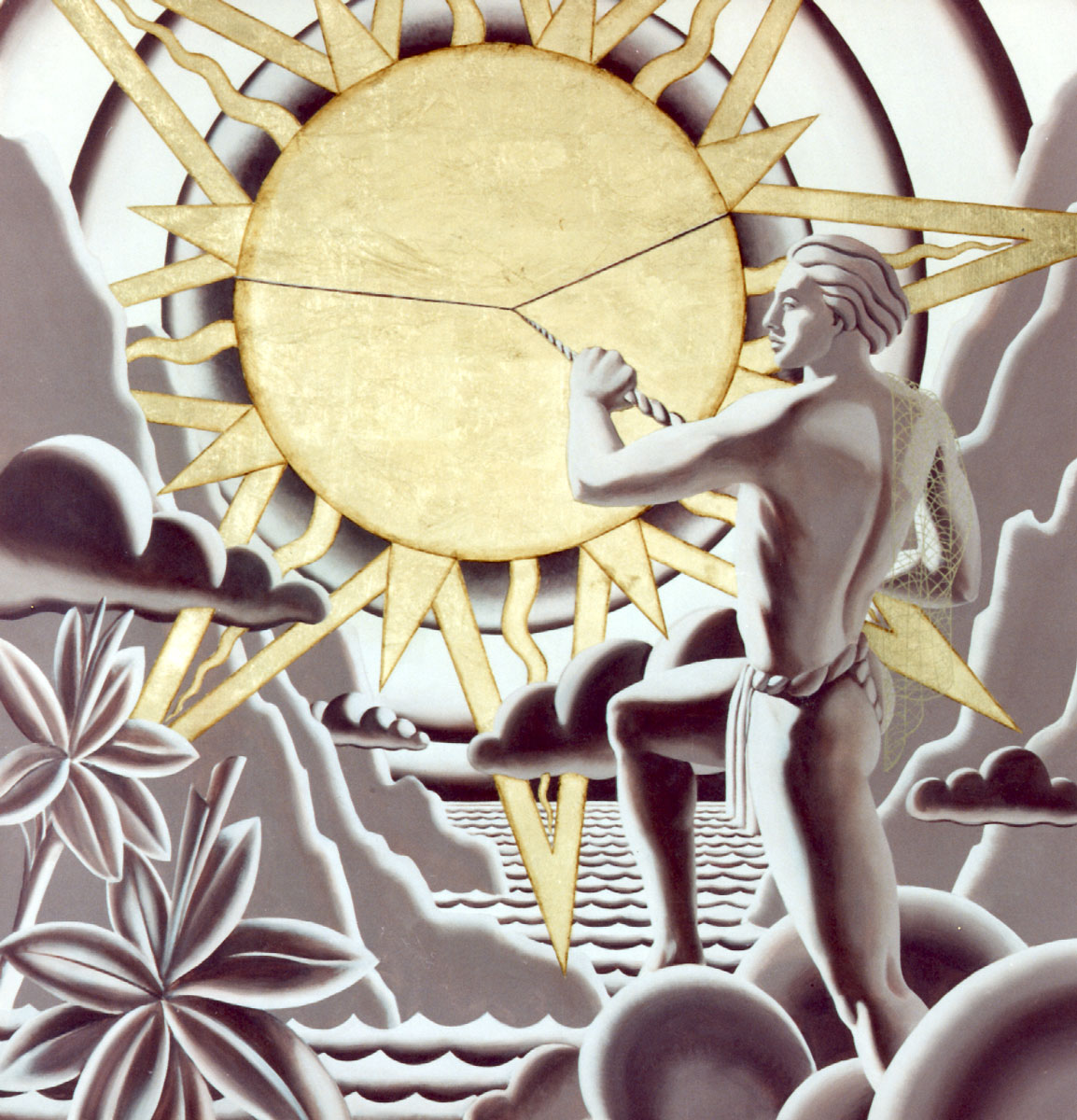 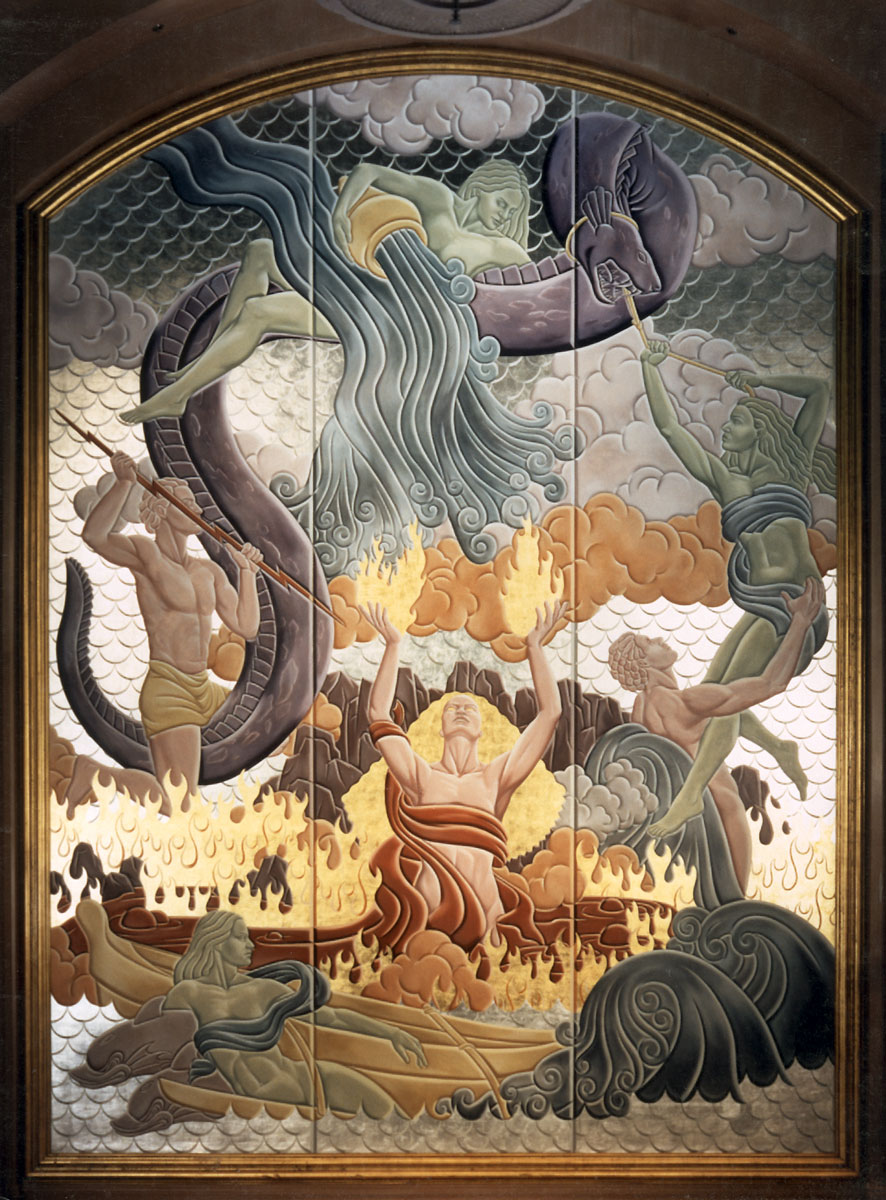 When fire fought with water, the Hawaiian islands were born 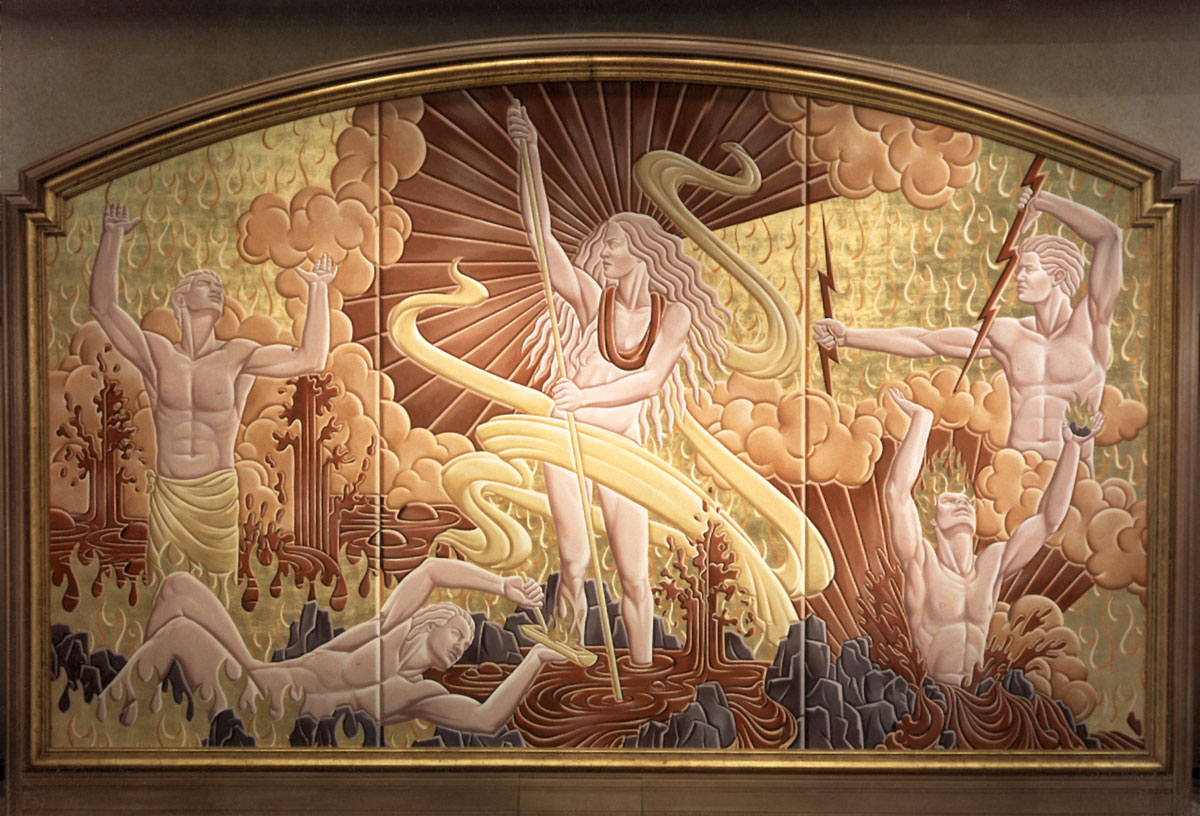 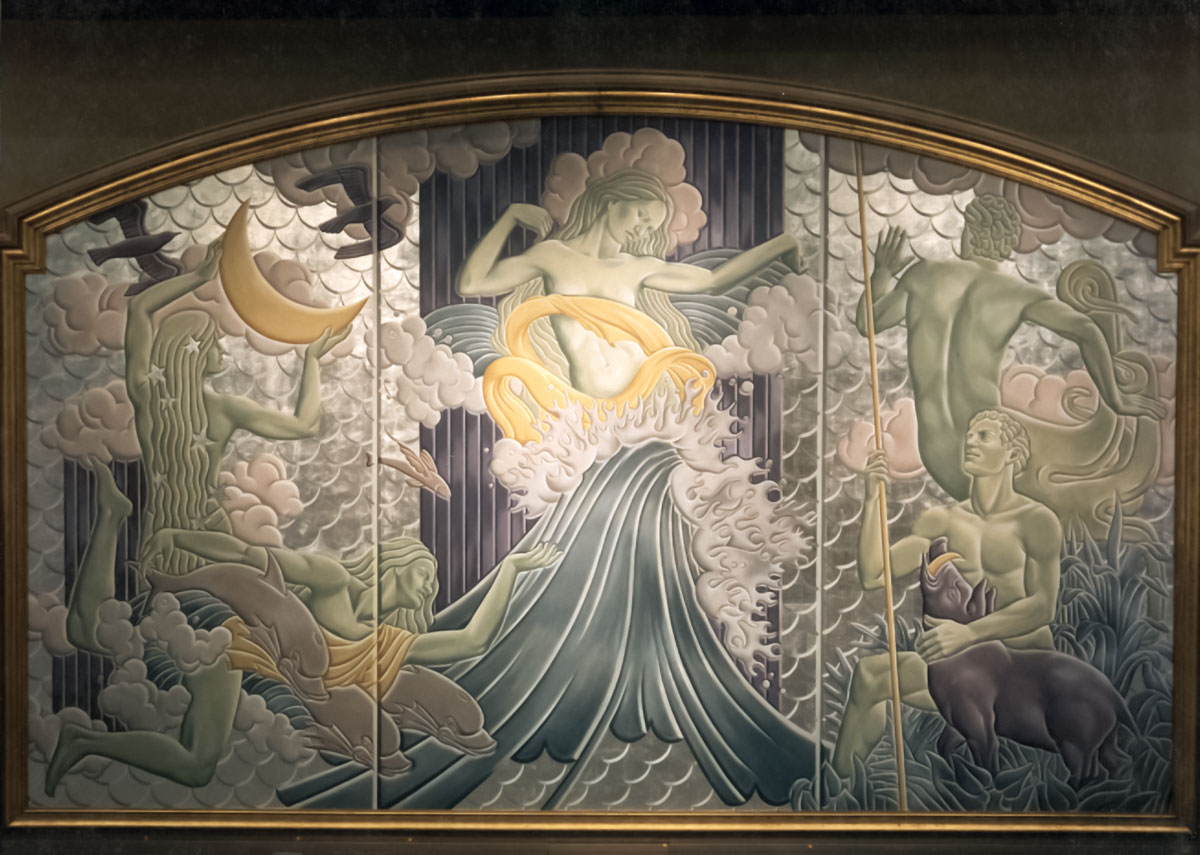 The goddess of the waters, Namaka, and attendant spirits 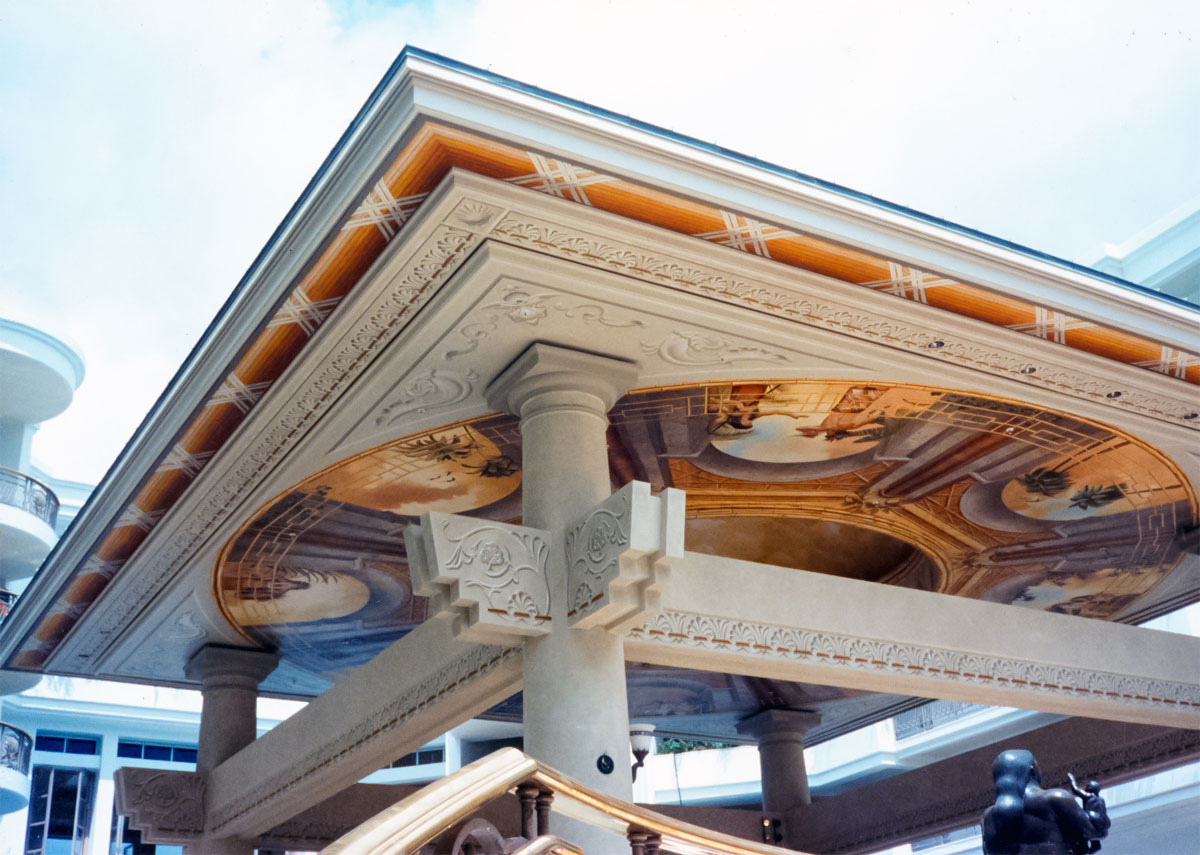 Welcoming arrivals at the Grand Wailea