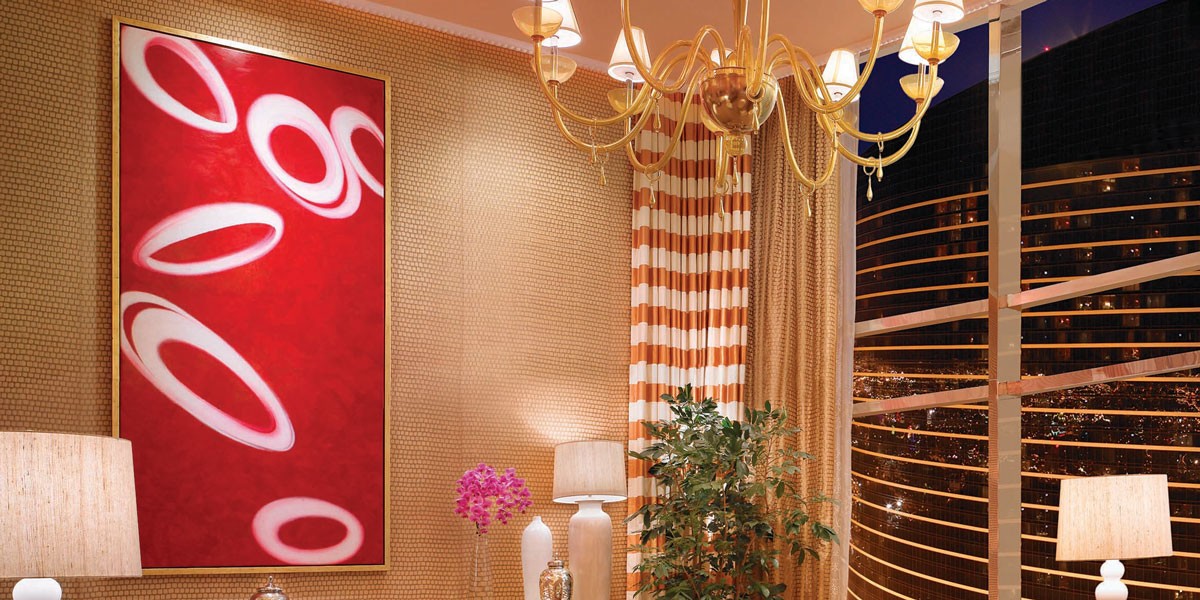 Wynn Resorts’ hotels in the U.S. and China are famous for their color, opulence and theatricality, so it’s natural that time and again the company has turned to Evans & Brown for appropriate finishing flourishes in their properties. Their work can be found in lobbies, foyers, restaurants, suites and rooms throughout the company’s flagship resorts in Las Vegas, often developing concepts suggested by the hotel company’s head of design, Roger Thomas. “They have contributed unique, breathtaking paintings and the bespoke elegance of custom wall cover and extraordinary decorative statements for my hotel interiors,” Roger says. “They are the ‘Ahhh!’ in my environments, creating the most memorable moments in rooms built to create indelible memories.”

“Working for Wynn is wonderful, because Roger is always coming up with challenging, inventive, wonderful ideas,” says Charley. Mark adds that he lets them “spiral out from an idea. He’s not locked in stone. We can innovate. It makes for a better work of art in the end.” 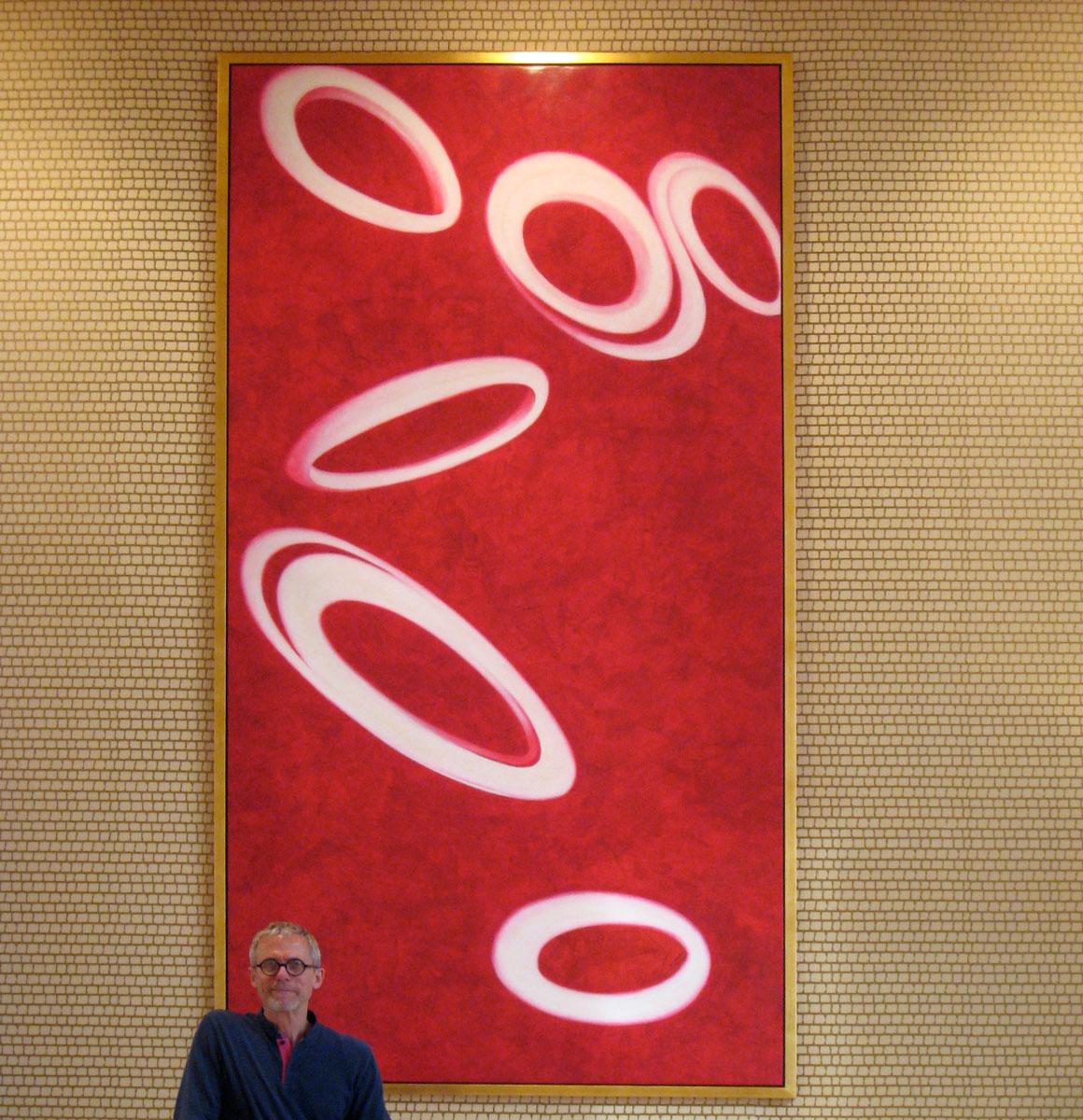 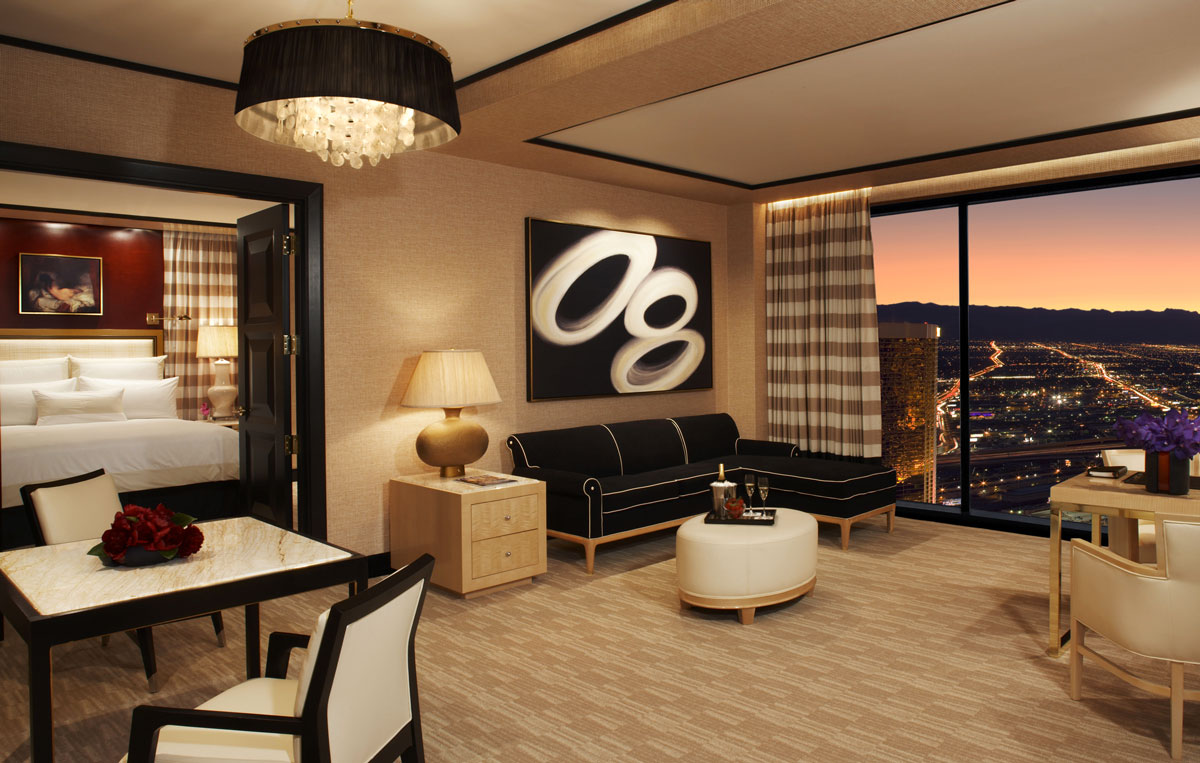 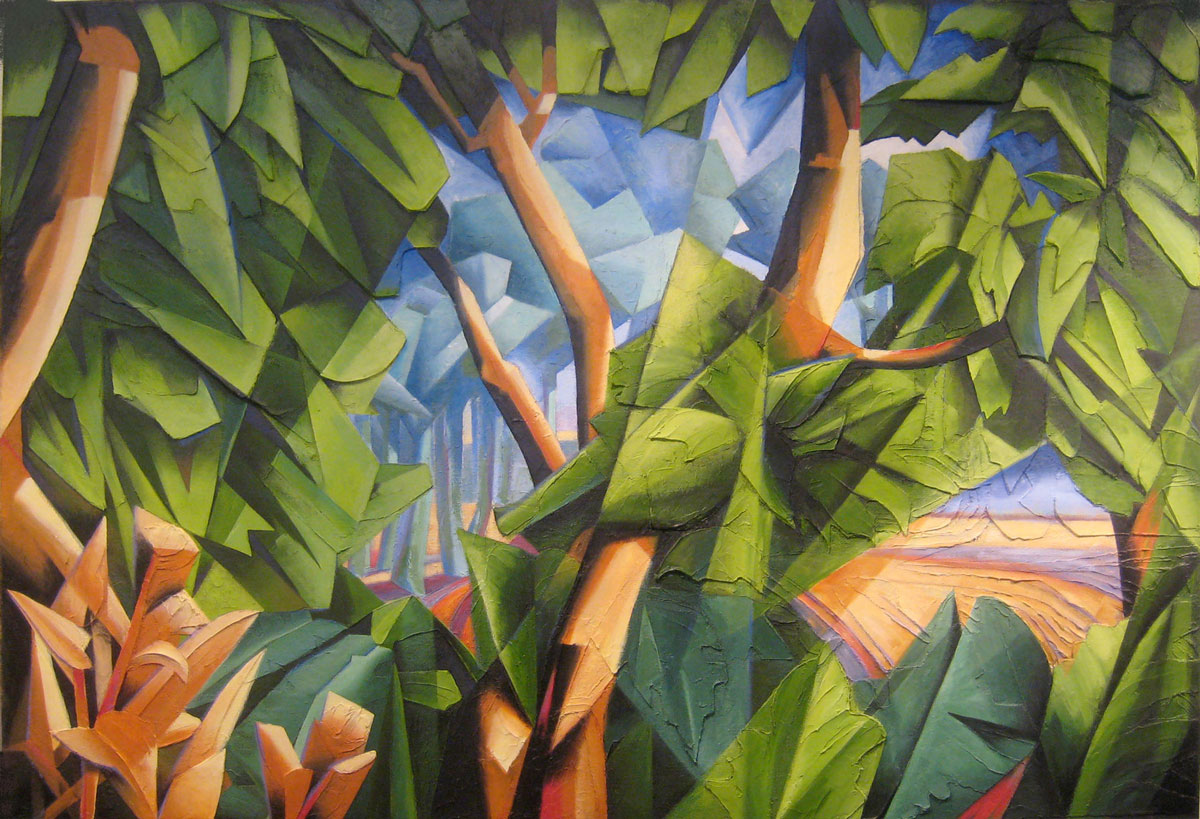 A mural behind a concierge desk 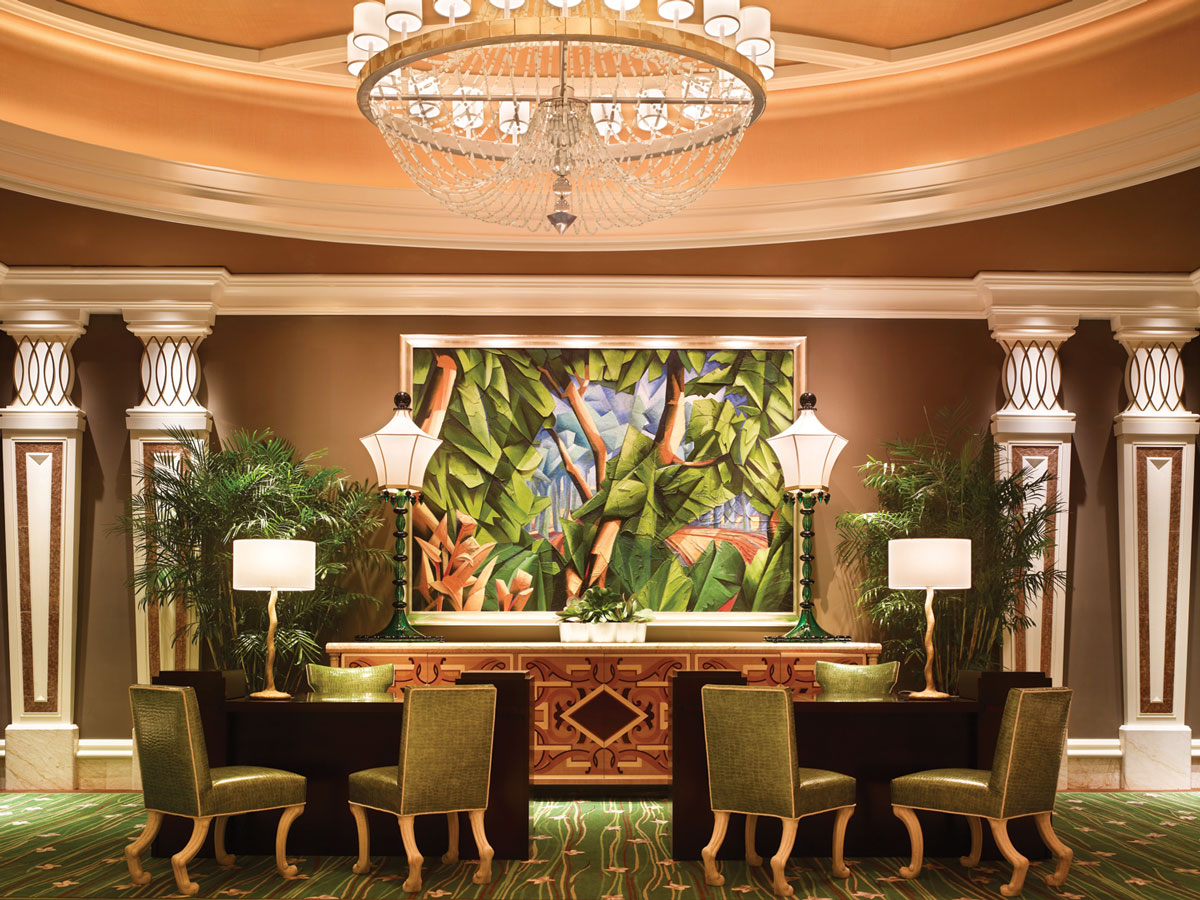 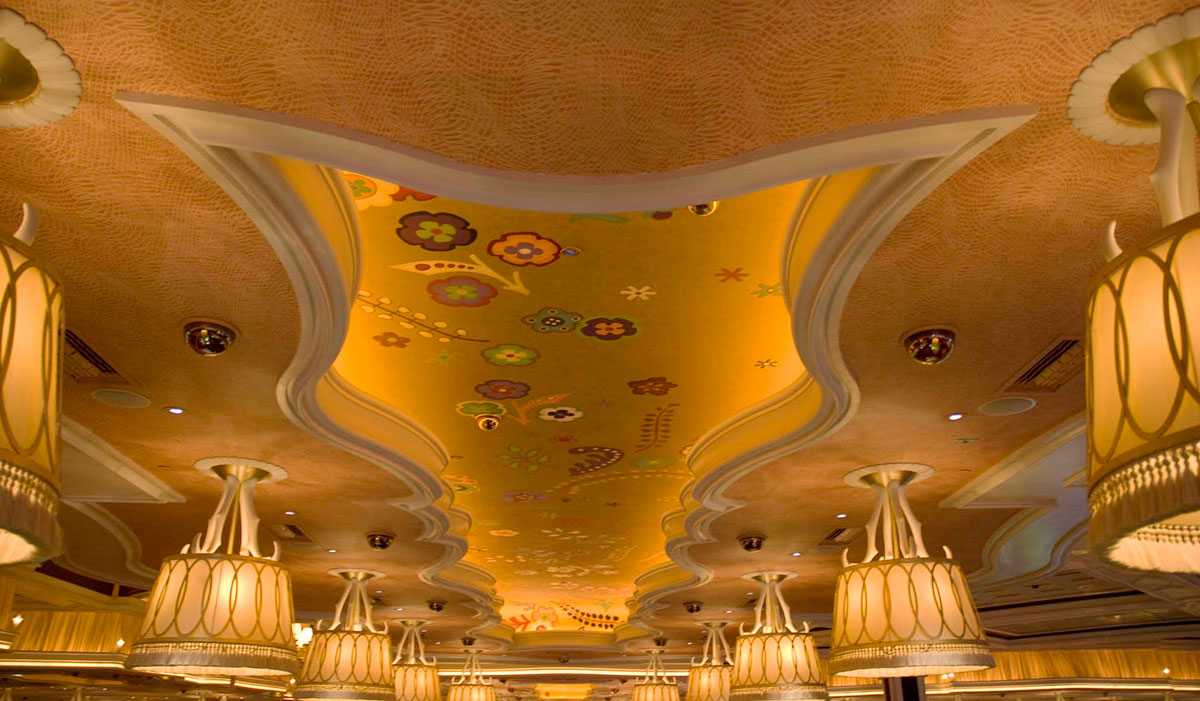 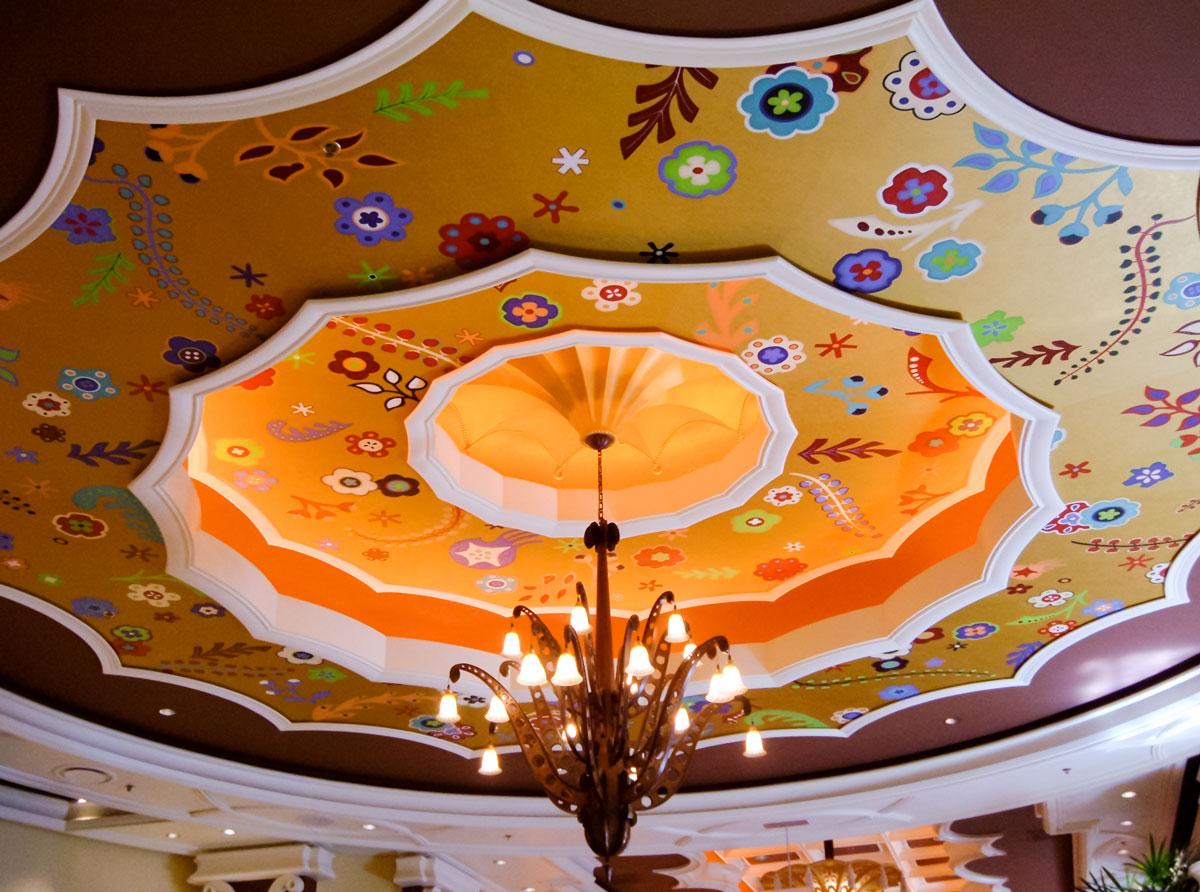 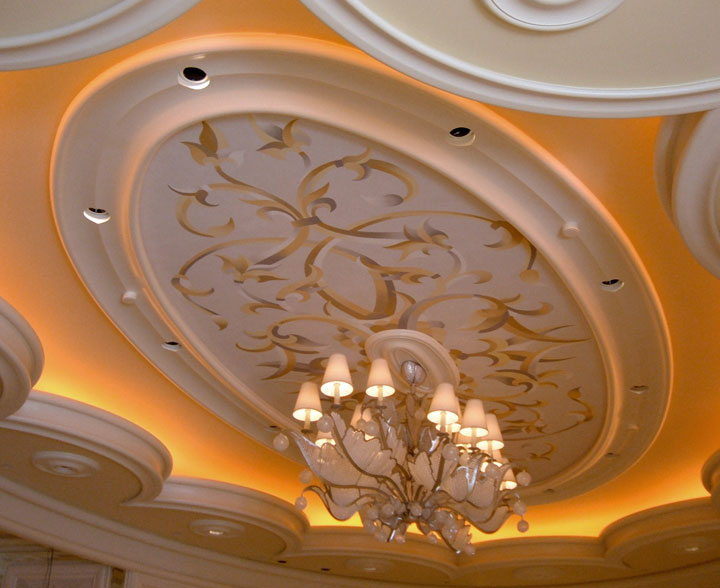 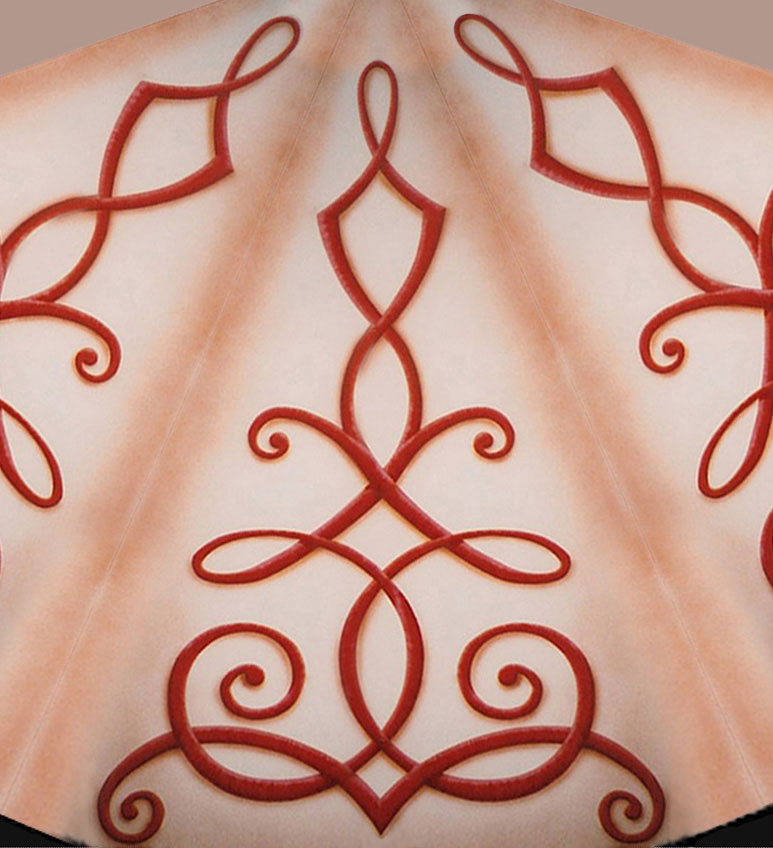 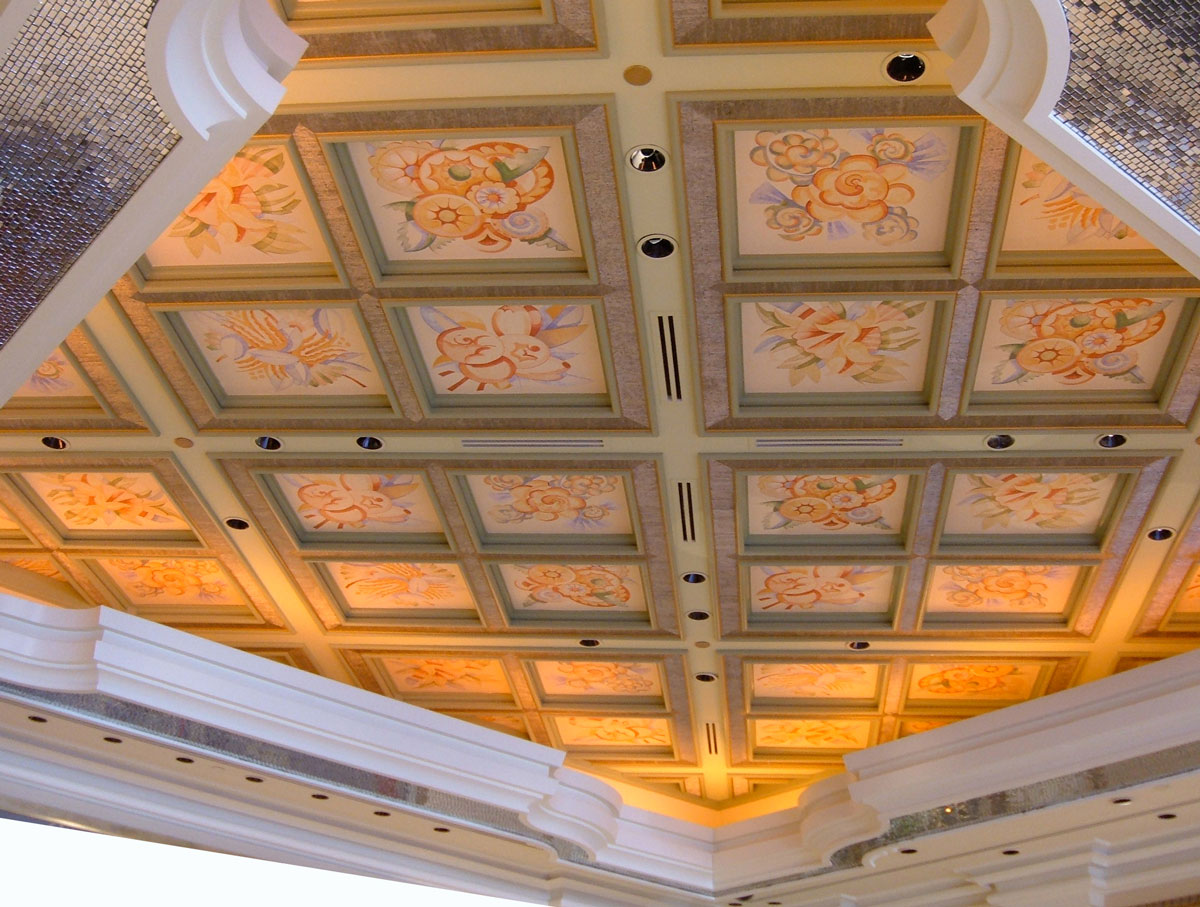 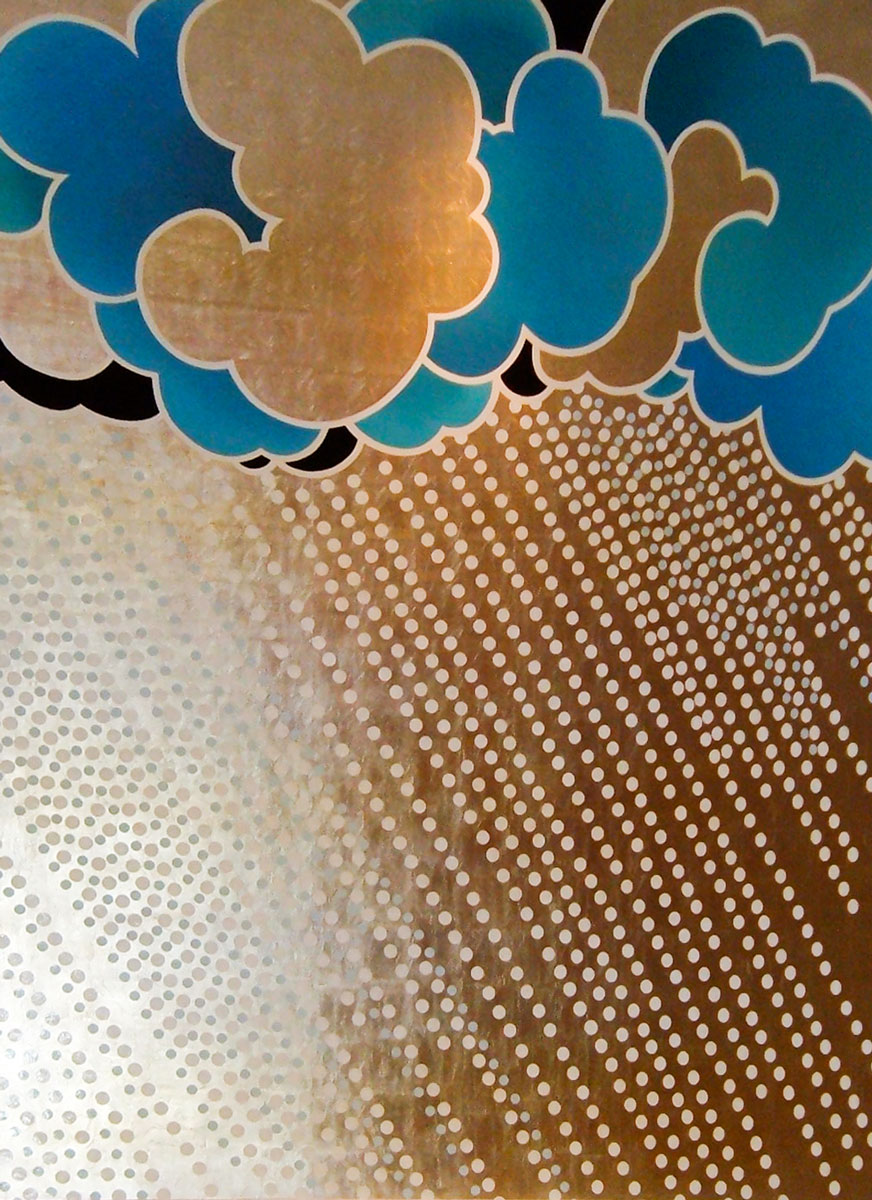 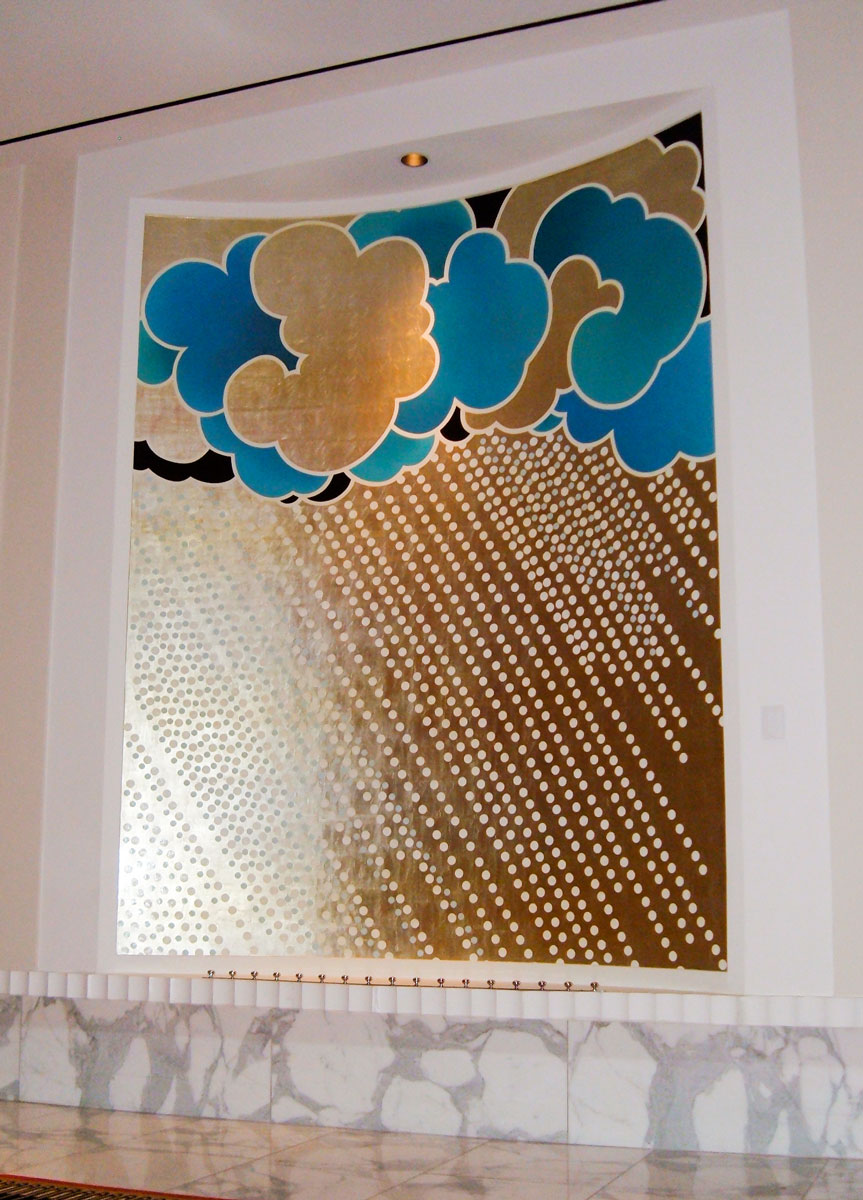 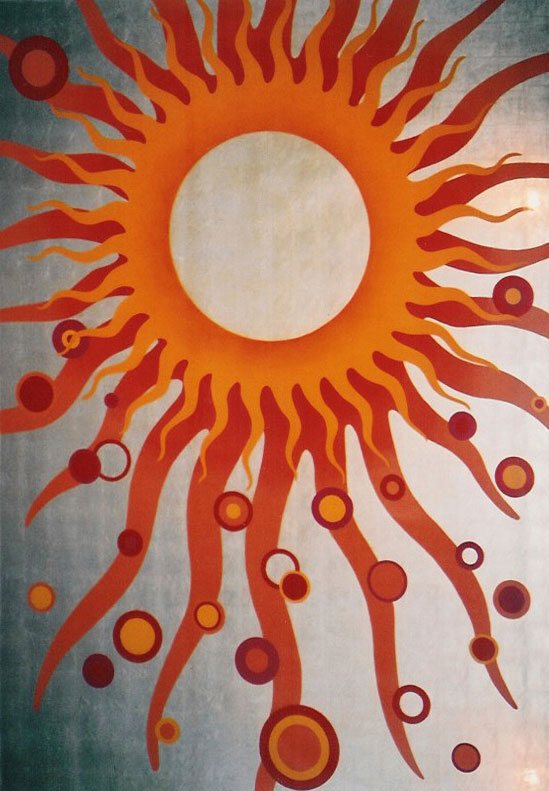 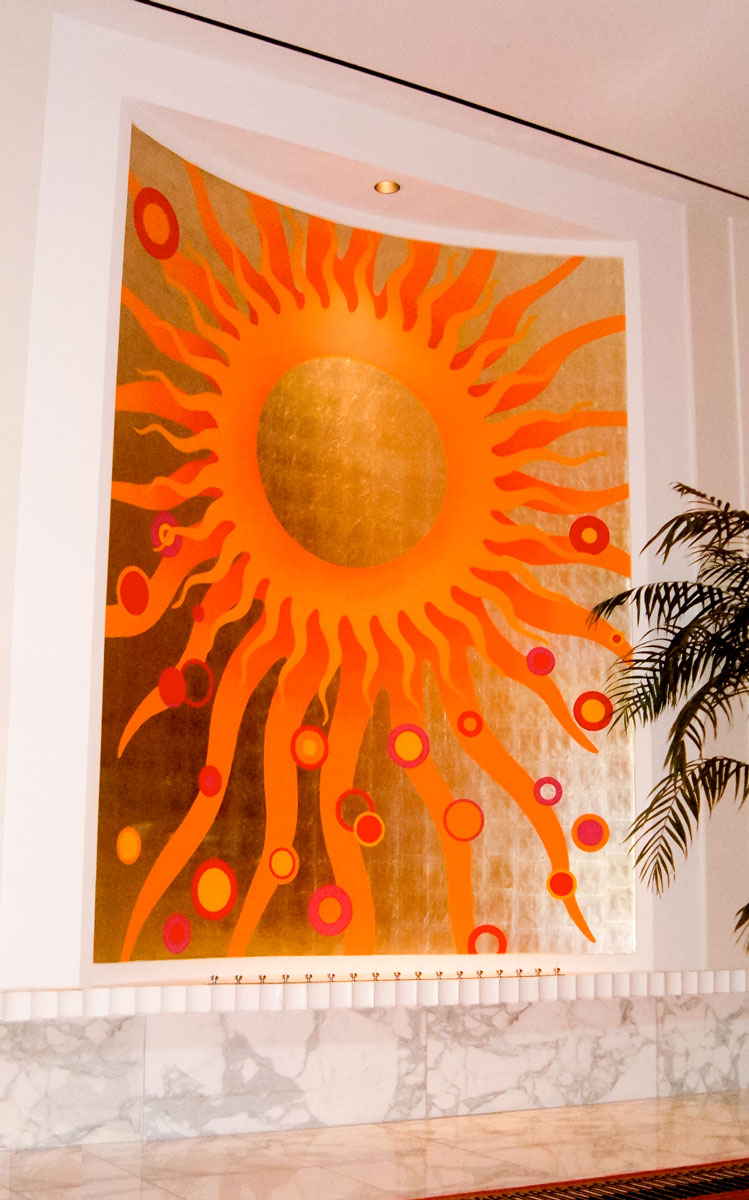 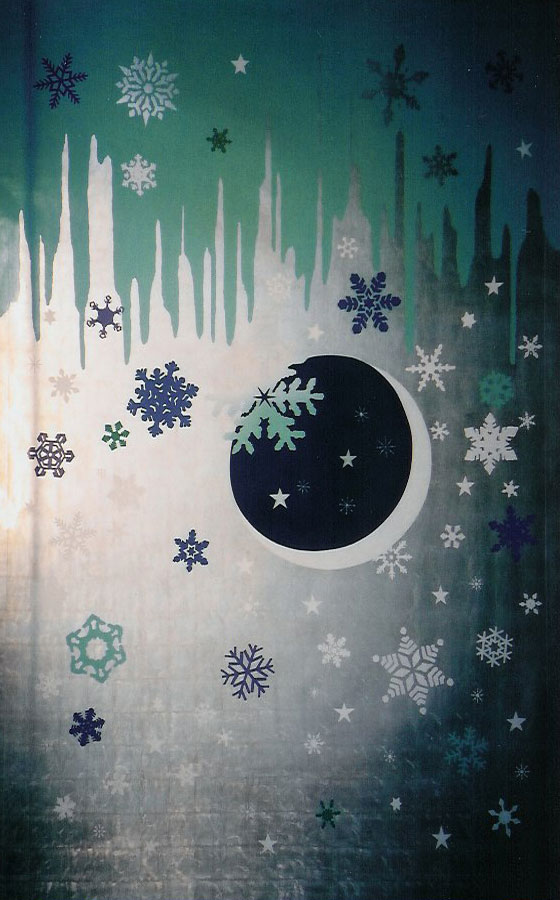 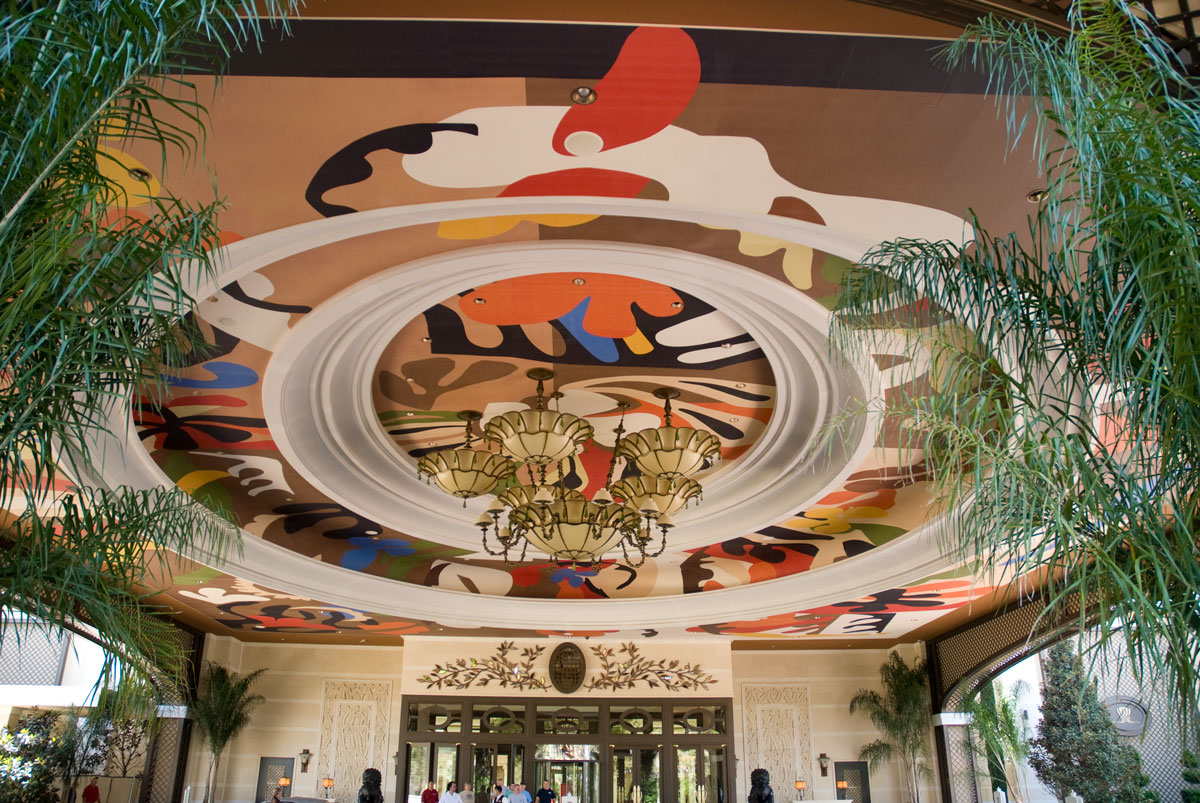 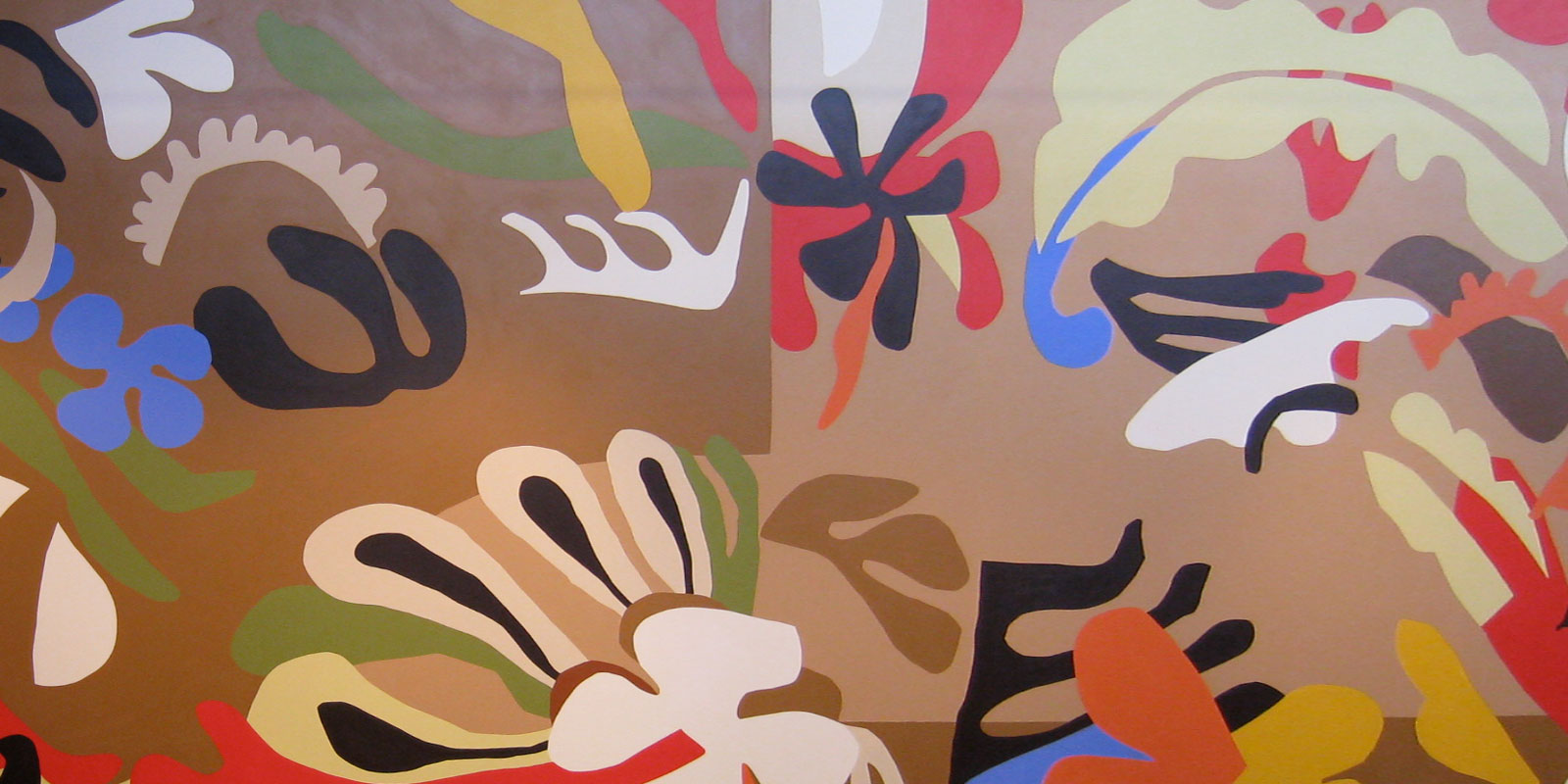 When Roger Thomas was choosing the distinctive, effervescent color palette of a restaurant overlooking a “Lake of Dreams,” he conjured notions of romance and temptation. He asked Mark and Charley to create a pair of murals depicting fallen angels, inspired by John Milton’s Paradise Lost. The pieces takes their artistic inspiration from the work of painters William-Adolphe Bouguereau, Alexandre Cabonel and Paul Delaroche, each a key member of the Paris Salon during the mid-19th century.

Evans & Brown painted the full-scale murals on canvas before digitally reproducing the images on clear, iron-free glass panels, which were then mirrored to create an effect of verre églomisé, a technique that dates back to pre-Roman eras, in which the back side of glass is gilded with gold or metal leaf. 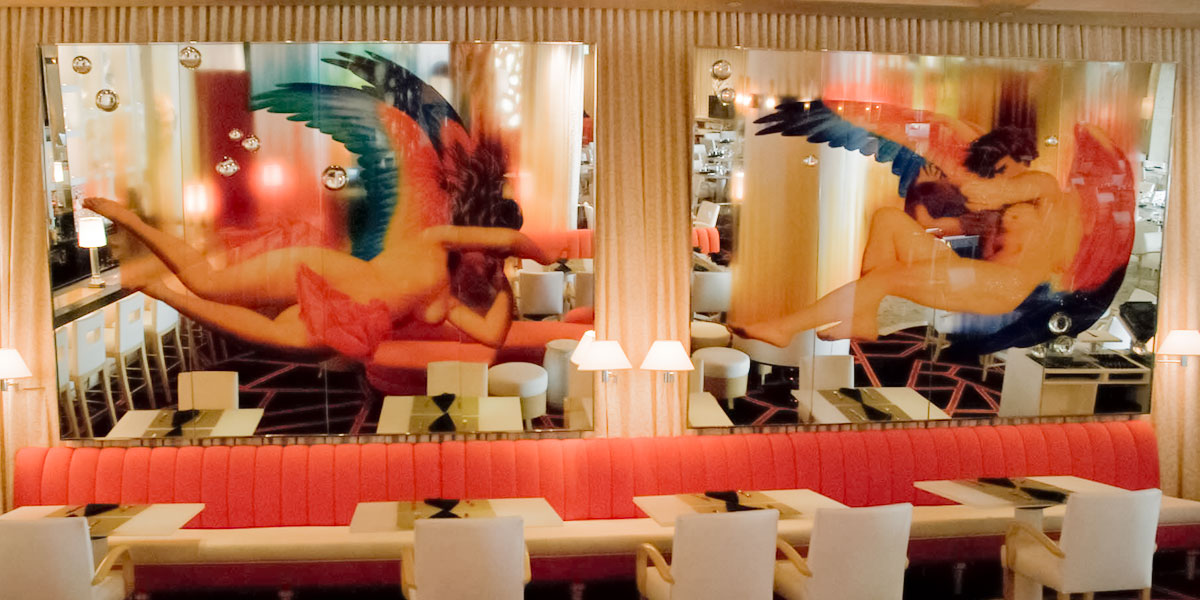 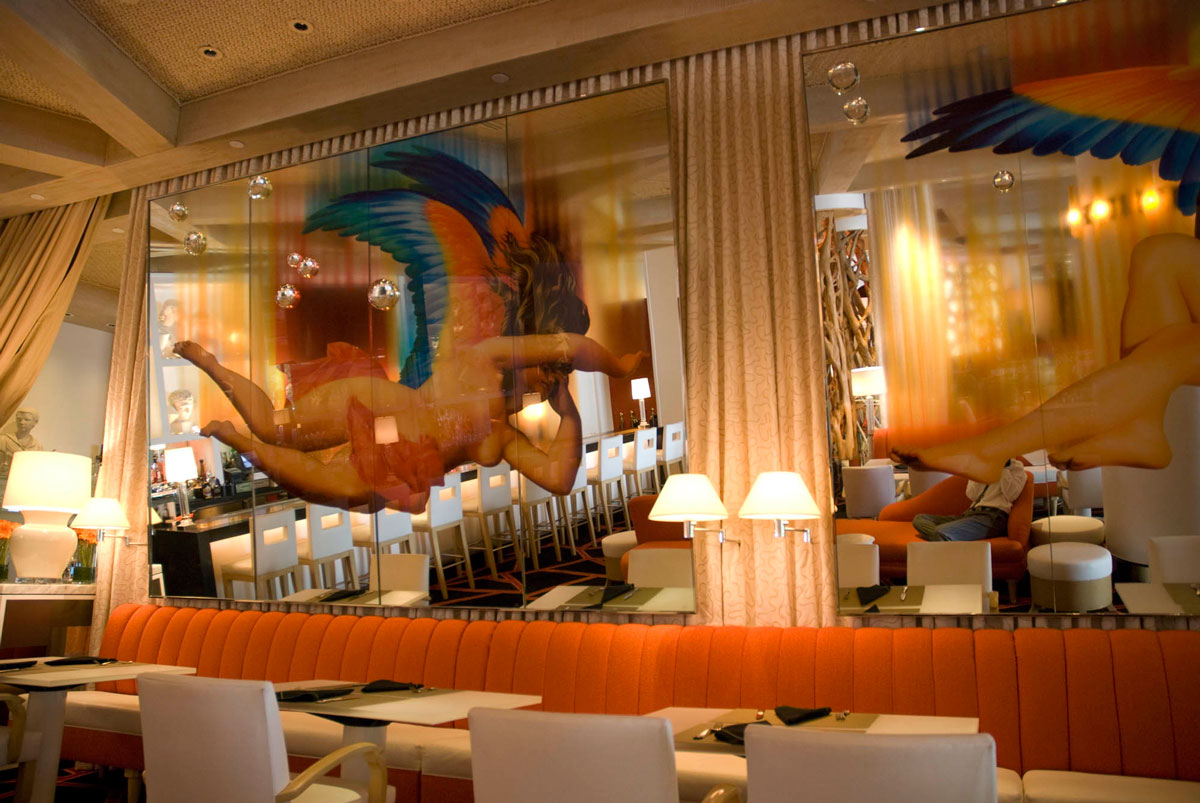 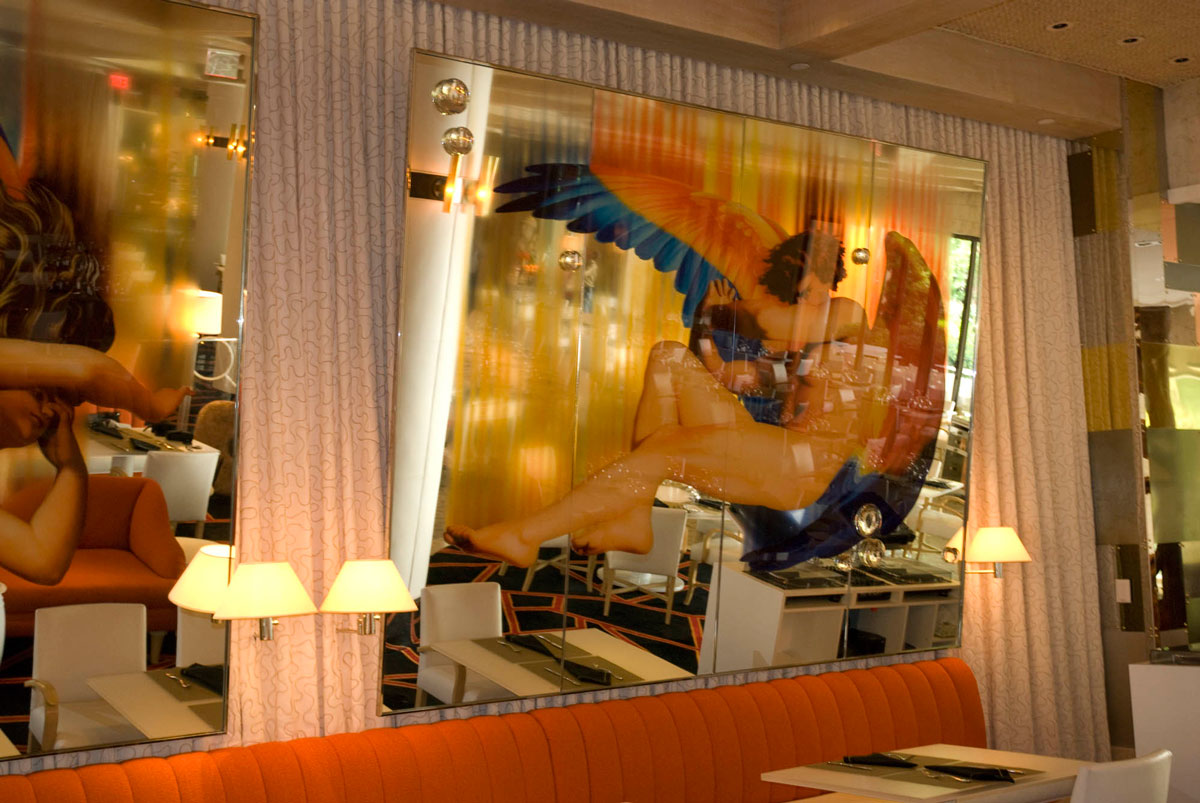 A pre-Roman technique for applying glass to metal 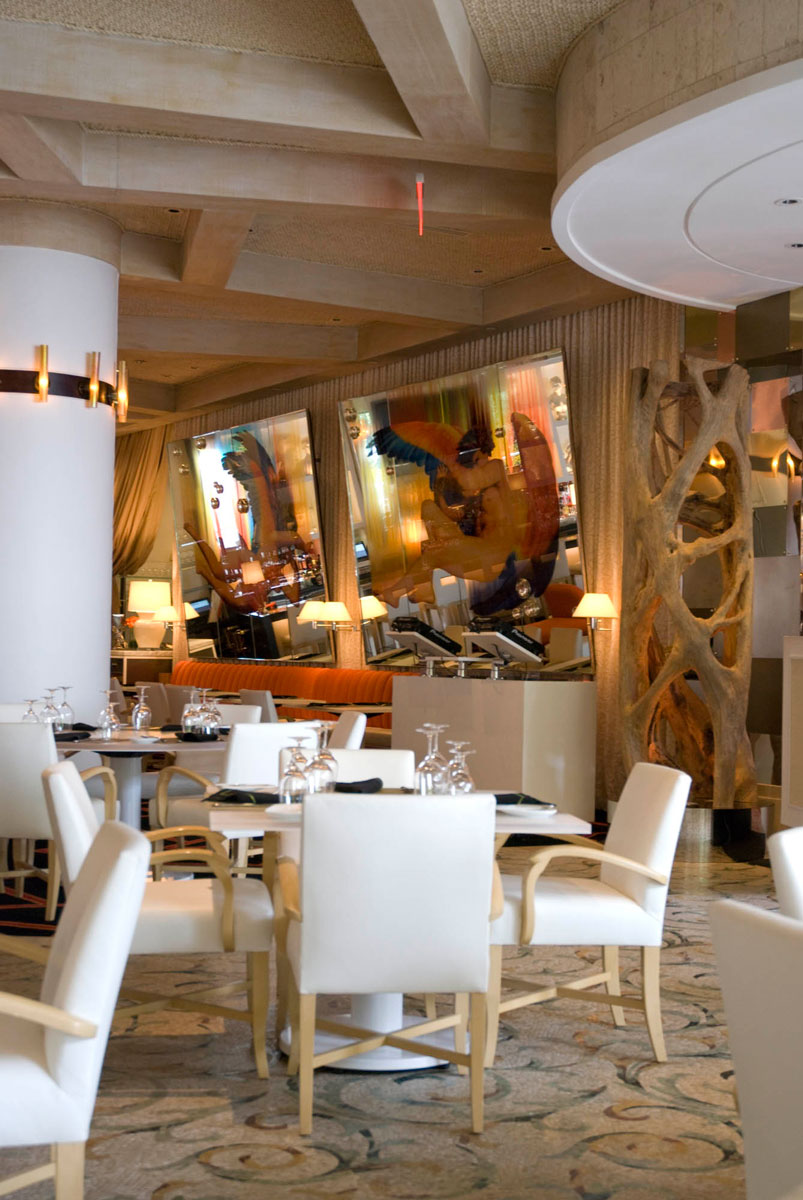 A sense of romance and temptation 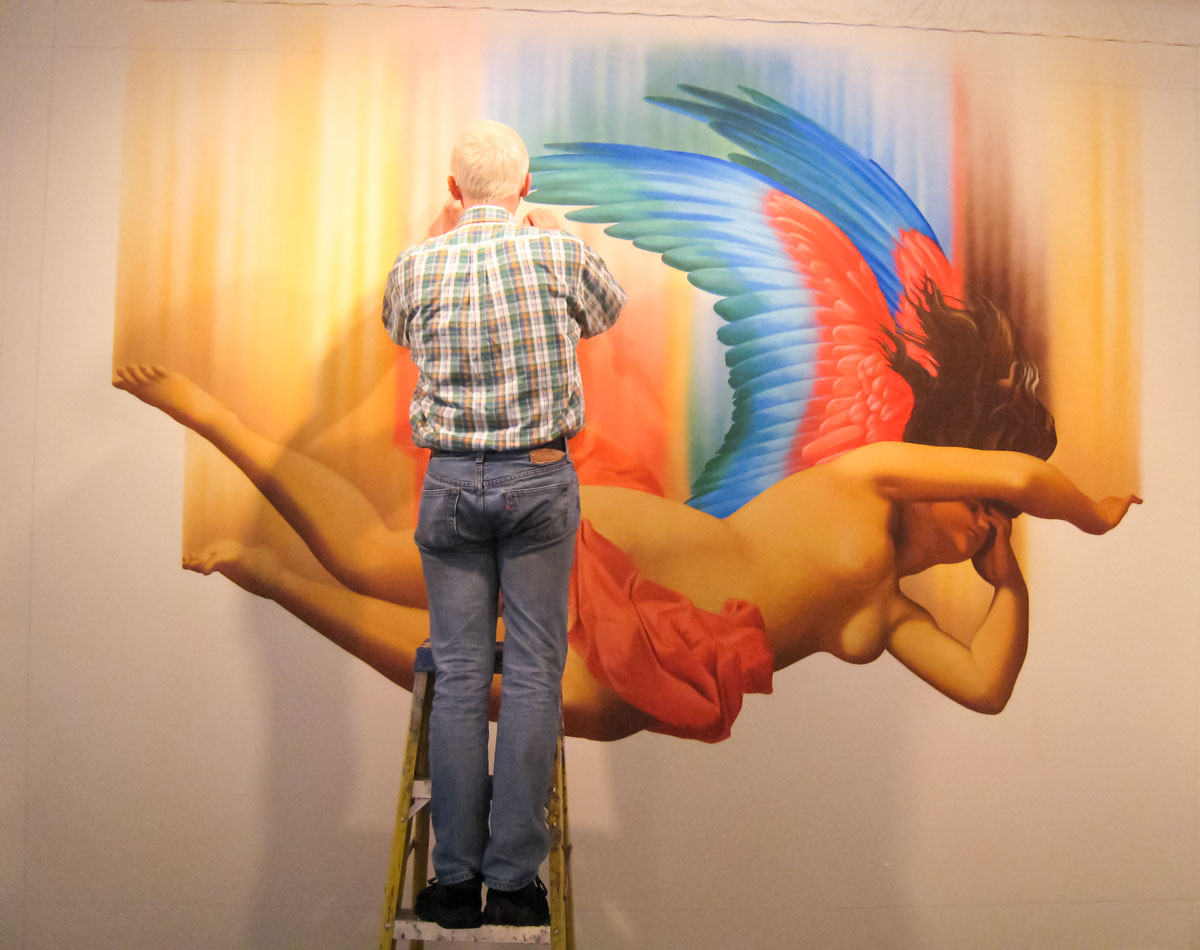