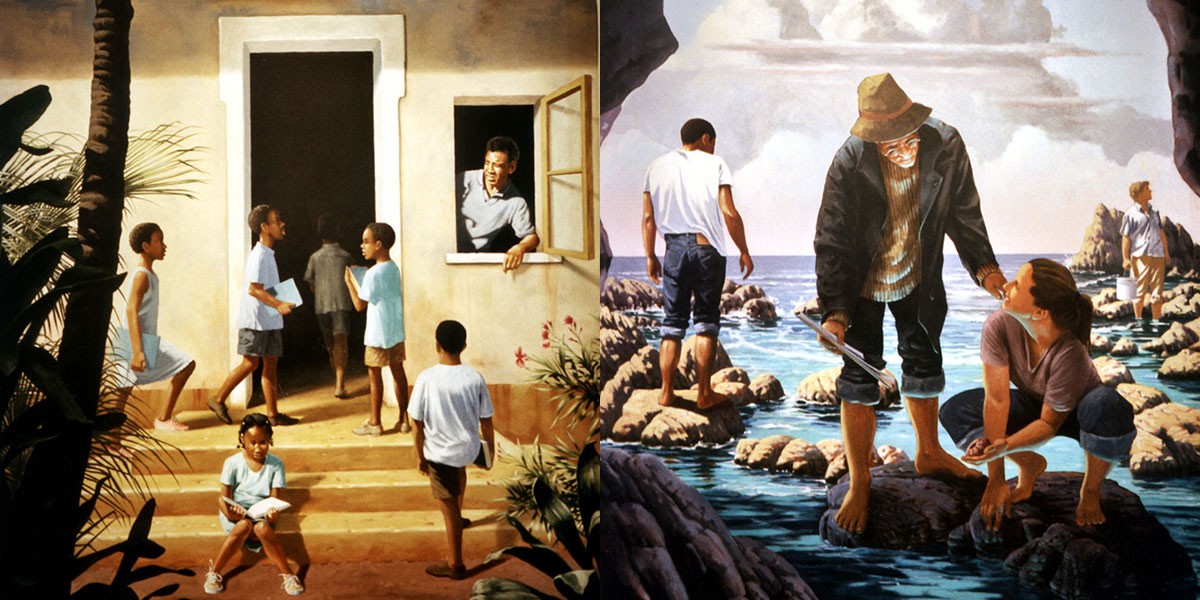 Commissioned by the architects of a renovation of Stanford University’s 1938 School of Education, San Francisco mural artists Mark Evans and Charley Brown chose an idiom in keeping with the era of the building’s original construction. Five nine-foot-high murals evoke the style of an early 20th-century illustrator, N.C. Wyeth. “Like Wyeth’s illustrations for classics including Treasure Island and Robin Hood, the richly colored murals have a romantic quality,” said the Stanford Report. “The figures wear clothing and hairstyles right out of an Andy Hardy movie — rolled-up khakis, oxfords, blue jeans and ponytails.”

A high bank of clouds fills the sky in one mural. In another, tree branches are bathed in golden light. A barefoot modern dancer in a melon-colored skirt twirls on a wooden stage. Another panel shows a bearded professor and students ankle-deep in the turquoise waters of Monterey Bay collecting specimens. The school’s support of the study of education in developing countries is illustrated with a mural depicting young children filing into a tropical school topped with a red, wavy tin roof. The students and professors reflect the ethnic and national diversity of the modern campus. Had the murals actually been painted in 1938, when the building was first built, “everyone would have been white,” Charley notes. 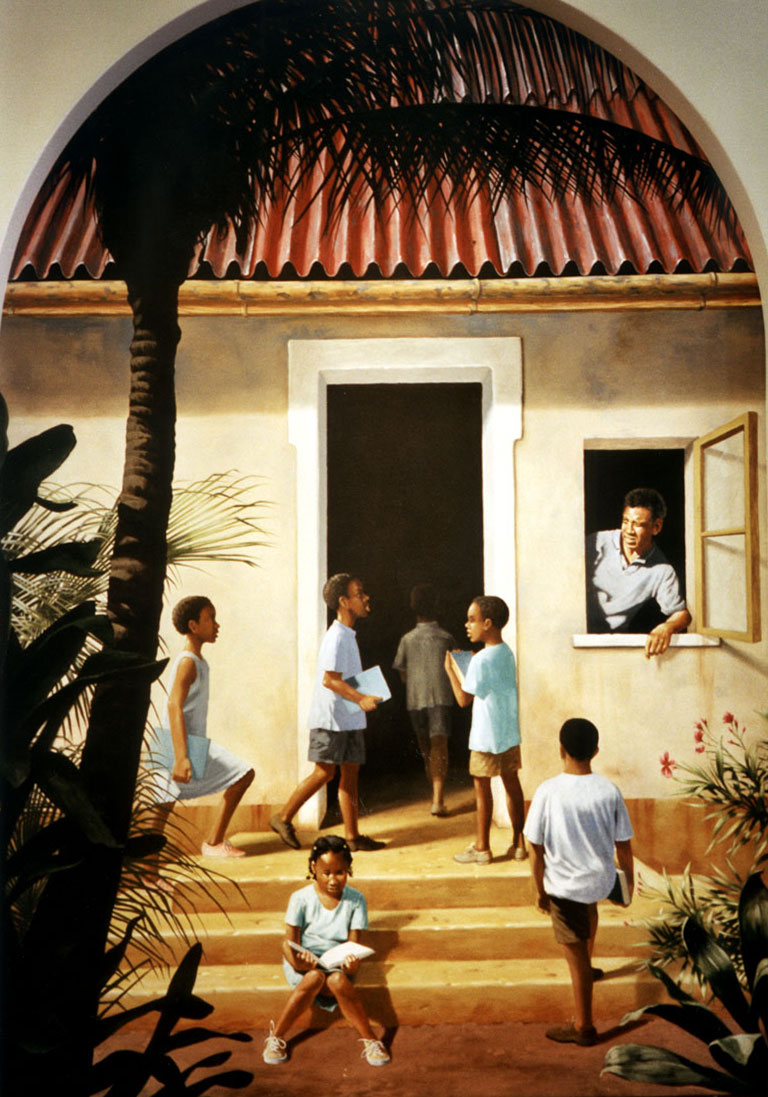 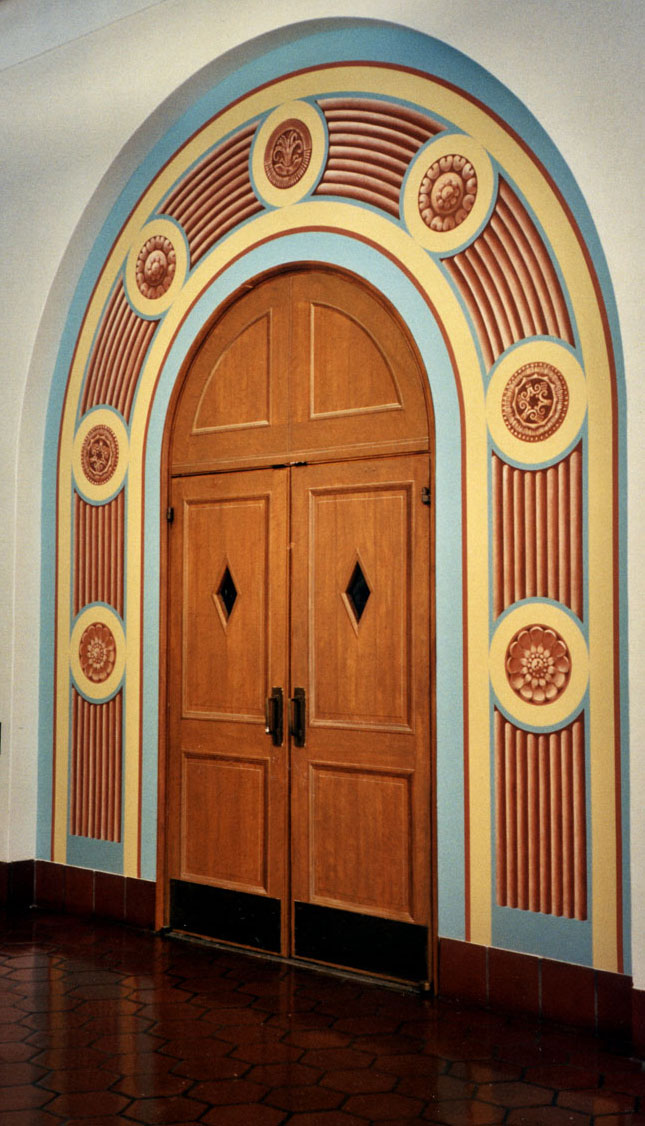 Trompe l’oeil doors add a sense of ceremony for students 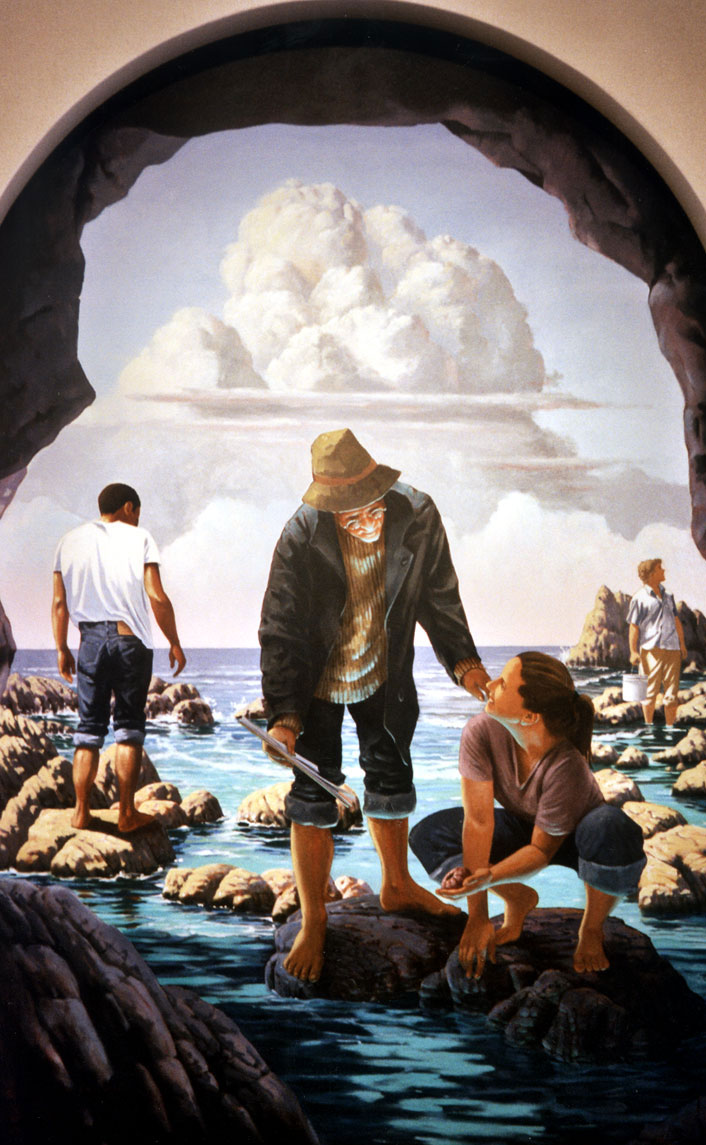